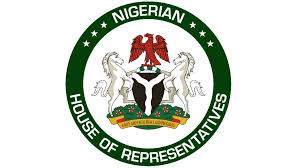 The House of Representatives on Tuesday, set up an Adhoc committee to investigate the disbursement of funds received by Ministries, Departments and Agencies (MDAs) of Government from 2015 to 2020.

He said that it was in a bid to ensure that such funds were properly utilized.

He expressed concern that despite the huge amount of funds invested on special intervention funds, citizens continued to undergo untold hardship.

He said that the house was also concerned that despite the huge loans to boost the economy, Nigeria still slipped into its second recession in less than five years.

“Further concerned that those agencies in charge of disbursing some of the special funds are unable to give proper accounts of how the monies were utilized.

He said that members were worried that most of the funds were not captured in the appropriation processes, adding that the National Assembly was not aware of such monetary allocations.

He stated that alleged fraudulent practices by agencies of government were sabotaging the efforts of the federal government, adding that if left unchecked, it could lead to the total collapse of the country’s economy.

He said that the federal government was constrained to revert to external and internal borrowings to augment domestic savings, the balance of payment deficits, and shortfalls in revenue.

“Also notes that the federal government has also been borrowing quite substantially to fund projects and a range of public interventions;