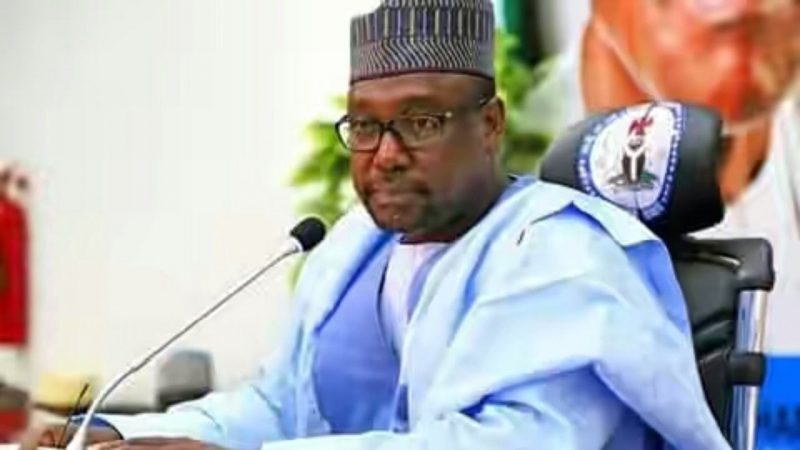 Governor Abubakar Bello of Niger State has affirmed that the alleged release of the abducted Science College, Kagara students and staff to renowned Islamic Scholar, Sheikh Abubakar Gumi is a rumour.

At least 40 students including staff members of the school were kidnapped after an early hour attack by bandits on Wednesday morning with one fatality, forcing Bello to ordered the immediate closure of all boarding schools in the bandit-ravaged areas.

Speaking to newsmen from the Government House in Minna, the state capital, shortly after meeting with Gumi on Friday, Bello confirmed that there ate two cases of abduction in the state.

“Regarding the event of the past few days where we have two serious cases of kidnappings –the NTSA (Niger State Transport Authority) bus that was kidnapped (with passengers). And the second event took place at the Secondary School in Kagara.

“As at this moment, we do not have any additional information to give apart from the one given earlier on, yesterday. But I want to assure you that we are doing everything we can, we are interfacing with the local communities, with federal authorities and our own state authorities to ensure that we recover the victims safely.

“Our utmost priority right now is to make sure we bring them back home safe and that is exactly what we are going to do. So, there hasn’t been any information I can give you at this moment but once we have anything for you, we will let you know.”

Speaking further about the alleged release of the students and staff members abducted in Kagara, Bello said that the report remains a rumour until it is confirmed.

“Everything that is being said out there is rumour and in situations like this, we cannot work with rumour, it has to be confirmed. Yes, we’ve been receiving different rumours from different people within villages but we are still treating those as rumour until processed and confirmed.”

The Punch reports that the governor said the state was ready to engage any actor who was willing to assist with the rescue of the abducted persons as he awaits a “comprehensive” report of the “findings” of Gumi.