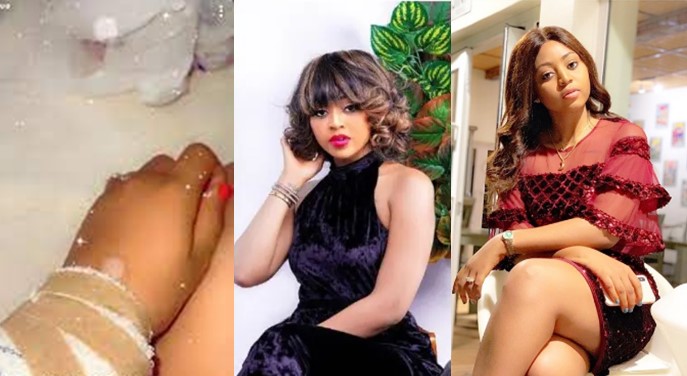 Nollywood actress, Regina Daniels, has reportedly been hospitalised again in an undisclosed hospital.

The report is coming weeks after she returned from surgery in Dubai.

WuzupNigeria recalled that the mother-of-one shared a disturbing video on her Instagram page some few weeks ago.

The viral video captured the moment she was being wheeled into the theatre in a Dubai health facility.

While appreciating the support of her husband, she was also heard begging her followers to pray for her ahead of the surgery.

Reacting to the video, some of her 9.8 million followers wasted no time in hailing her husband, Ned Nwoko for standing solidly by her despite being married to other women.

However, the story took a twist on Wednesday when the movie star announced on her snapchat page again that she was back in the hospital.

In the viral photo she posted recently, the actress showed off a fully bandaged arm and captioned it “Man Down”

This is the second time in a month that the movie star will be admitted to  the hospital.

See the screenshot below; 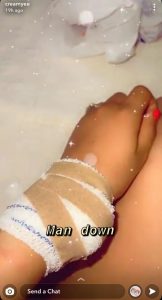 Regina Daniels is a Nollywood film actress and a model. She was born in Lagos, Nigeria on October 10, 2000. Her mother is Rita Daniel who is also an actress/film producer and the chairman of the Actors Guild of Nigeria (AGN) in Delta State, Nigeria. Regina grew up in Asaba, Delta State of Nigeria. She has five siblings – three brothers and two sisters. She is the second youngest child in her family.

MORE READING!  [JUST IN] BBNaija: Whitemoney, Yerins, three others up for eviction

She has been widely criticized by some fans over her marriage to the 59-year-old billionaire.

Related Topics:AGNRegina Daniels
Up Next