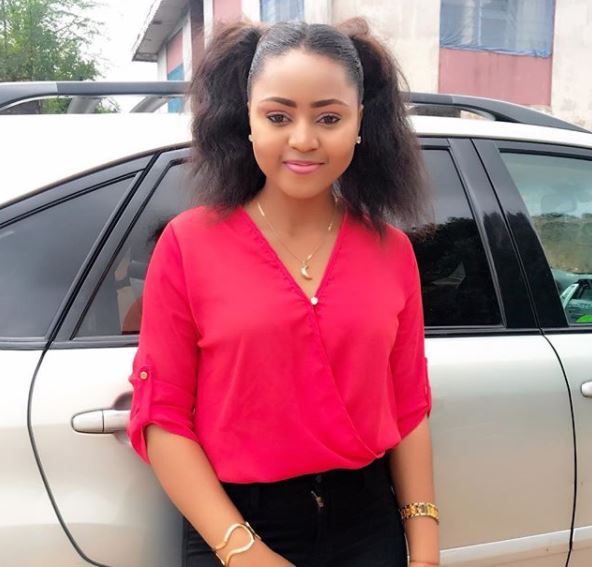 Actress, Regina Daniels has just arrested the movie producer who was impersonating her and requesting nudes from a young girl in order for her to get a movie role.

It all dates back to when a Blogger, Amanda Chisom who claimed a 16-year-old teenager, Frances wrote to her about how Regina asked her to sleep with a producer, Richy Adams for a movie wrote.

“My name is Frances I joined a group, a networking online business named jamalifehelpers global. Through the advert by Regina Daniels brother Sammy Daniels. I met Regina in the group chat And I started chatting her At first she didn’t pay attention but I really wanted help with getting into acting….finally, she started responding and I assumed she wanted to help me [ I did and she uploaded it to her fan page….

I sent her the nudes and she started treating me like a friend….she asked me to meet up with Richy Adams, I did at a public place n I went with a friend He didn’t tell me anything about getting intimate with him during this meeting. He’s supposed to be a movie producer After that meeting, Regina was angry with me for not offering myself to Richy on d basics that he loved me and was going to help me become a star She blocked me on WhatsApp and her brother chatted me up

He advised that I make up with his sister before she does something bad to me. He said to come to Asaba and pay for a hotel where I would meet Richy and please him He even offered to help with part of the hotel payment Regina unblocked me abd gave me chance to go n meet Richy which I did not….

My phone got bad so I stopped chatting with them Some days ago, I fixed my phone and got angry texts from her …threatening to upload all d pictures I sent her She said she’s uploading the pictures today and the source wouldn’t be traceable.

There’s another girl, Casie snow-Regina Daniels best friend who already told me the pictures are on air already See screenshots below”

The letter came with some incriminating screenshots that proved Regina Daniels was indeed guilty of the accusation.

MORE READING!  I need a man, being single is frustrating - James Brown

But then, apparently, it seems the whole story is false, as Regina Daniels and her mother, have arrested her impersonator, the guy who framed the whole story up and screenshots.