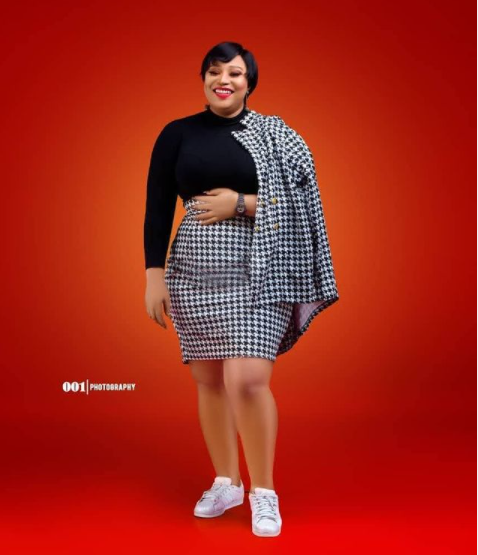 Ultimate Love reality television star, Ebiteinye Juliet Tony, has revealed how she was robbed and almost kidnapped last year by a man who disguised himself as her church member.

The TV star claimed that the man came to her house in the guise of been sent by her church to check on her, only to find out that he was a kidnapper.

Ebiteinye shared the picture of the intruder on her Instagram page. She further noted that she let her guard down because her church often sends delegates to check-up on their members periodically.

She wrote, “On the 15th of October, 2020 at my residence in Port Harcourt, Rivers State. This picture above, an unknown person disguised as a church team that came for evangelism from the church I worship. On hearing that I let him in, innocently, because they normally send teams to check on church members. He said he was around my vicinity and wanted to check up on me. He also said his fellow members were at other church members houses to check on them. As a human, I went downstairs to get something to entertain him even if I had never seen him before neither did I know his satellite or branch here in Port Harcourt as he said. When I went to get him water to drink, on getting back, I overheard him making a call that he has almost gotten me that I went to get water downstairs and that they will make money through me. They probably he thought I came with alot of money from d show which was a family love show, not as people thought, meaning he came in disguise of a church member to kidnap me. On hearing that I escaped through the back door.”

Ebiteinye said that after she was able to escape, the man stole her gadgets, expensive hair, gold necklace among other expensive items.

She said, “He made away with d following items; my laptop, my iPhone 11 Promax, my Samsung Note 9, five of my expensive hairs, my wristwatches, gold necklace and the money in my bag.”

Ebiteinye noted that the incident left her traumatised and she was rushed to the hospital.

She said, “Trying to reach my numbers, he said that he wanted to punish me for refusing to reply to his dating proposal. I can’t even reply to all the messages in my dm. The shock is something I can’t explain because I don’t understand how he was able to do all that in munites. I was hospitalised, couldn’t say anything for weeks, my body turned black in days with everyone blaming me for letting a stranger into my apartment, an why I left the house for who I don’t know.

Ebiteinye continued, ” I asked in my heart, how careful can one be? On getting out all means to get the demon proved abortive. My experience with the force is a story for another day. It was affecting me in all spheres of life even my last exams I really don’t know what I wrote there. It was as if my life was on a standstill, as my whole desire was to get him apprehended as this agent of the devil is walking the streets of PortHarcourt freely. But God kept me, I know that all that was taken from me will be restored in a manifold. The devil couldn’t take my life away, I am stronger than he thought. I am laying it at God’s feet. To let go and let God.”

Related Topics:EbiteinyeUltimate Love
Up Next