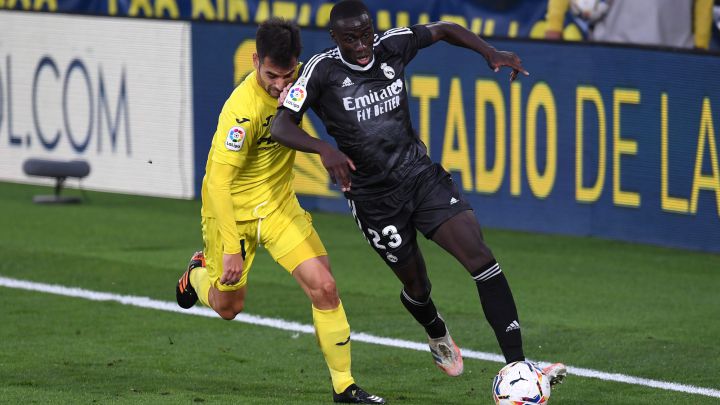 La Liga’s defending champions, Real Madrid were forced to a 1-1 draw against Villarreal on Saturday, handing Barcelona and Atletico Madrid the chance to capitalise in La Liga.

Barca and Atletico face each other at the Wanda Metropolitano later on Saturday, when victory for either side would now prove even more valuable after another stumble from the reigning champions.

Mariano was almost sold last summer but had to stand in for Karim Benzema, who is injured, and Luka Jovic, who tested positive for coronavirus on Friday.

Given their absentees, a draw may not worry Zidane too much, particularly against a Villarreal side who sat second at kick-off after four victories on the bounce.

But another slip means Madrid have now won only three of their last seven games in all competitions, with a crucial visit to Inter Milan to come in the Champions League on Wednesday.

If Atletico Madrid beat Barcelona they will move three points clear of their city rivals, with a game in hand, and nine ahead of Barca.

Mariano had not started for Real Madrid since May 2019, when he again scored early against Villarreal after just 83 seconds.

He was not far behind this time, heading in Dani Carvajal’s cross after Villarreal’s defence had stopped for an offside on Lucas Vazquez that never materialised.

Villarreal increasingly took charge of the game, their slick passing giving a sense of control but few chances, the best of them in the first half falling to Dani Parejo, who nodded over.

But Madrid appeared to tire as the match wore on and Villarreal’s pressure turned more threatening in the last 20 minutes, with Moreno flashing wide from the angle and then Parejo missing the target from a cutback.

The equaliser was late but deserved, as Thibaut Courtois flew out to meet a through-ball for Moreno but arrived second and fouled the striker with his hands.

Courtois dived the right way but Moreno’s shot was well-placed into the corner.