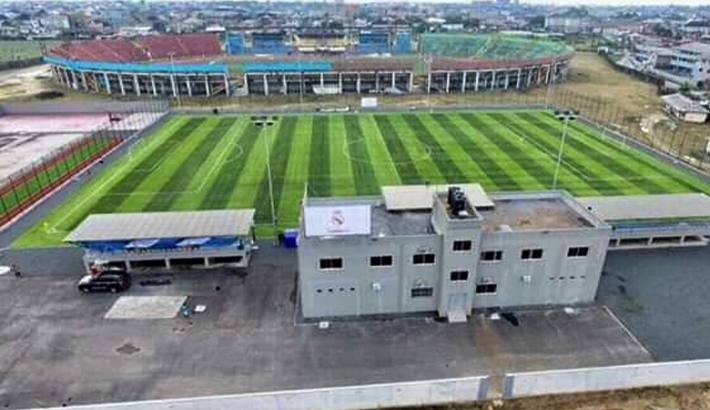 The Rivers State Commissioner for Education, Prof. Kaniye Ebeku, has lamented the fact that some children have been lying about their age and class because of admission into the Real Madrid Football Academy.

The Commissioner made the observation on Monday in Port Harcourt during the Academy’s screening of prospective students, saying the unfortunate act was on the basis of what their parents taught them.

The commissioner pointed out also that some parents insisted on having their way by not obeying the guidelines as stated in the advert on age and class of their children.

“Some parents are insisting to have it their own way by not adhering to the guidelines in the advert.

“The guideline says applicants must be between the age of nine and 12 years, and must be in Junior Secondary School (JSS) One. But we have found out that some children here are 13, going to 14, and 14, going to 15 years.

“So, how do we reconcile this situation with the advert? And some of the parents have told their children to tell lies concerning their age and class,” he said.

“If the parents had not come to create this problem here, we would have been done with this exercise today. But we have been able to surmount the difficulty.”

Ebeku added that it was so ridiculous that they found out that some of the candidates were in Primary Two and Primary Three too.

“Even if they meet the age criteria, one of the conditions is, they must have completed primary school,”

“Going forward, parents should help in building a society that respect the rule of law and obey instructions,” he added

The commissioner, however, observed that the large turnout of applicants and the enthusiasm at the venue of the screening demonstrated that Gov. Nyesom Wike’s approach to football development was a huge success.

“Most parents, even those that break the rule, are scrambling to key into the vision of the governor to build youths that would be of great pride to the state and Nigeria.

“This is so because we have people from places like Sokoto state, Niger and other parts of the country who are participating in the screening,” he said.

Ebeku assured parents that no candidate would be unfairly treated during the screening process, as they would all have a fair assessment.

He urged parents to always allow their wards to express their inherent talent, as the Port Harcourt-based Real Madrid Football Academy would be a platform to catch them young.

It was reported that over 1,400 candidates turned up for the screening of prospective students into the Academy.