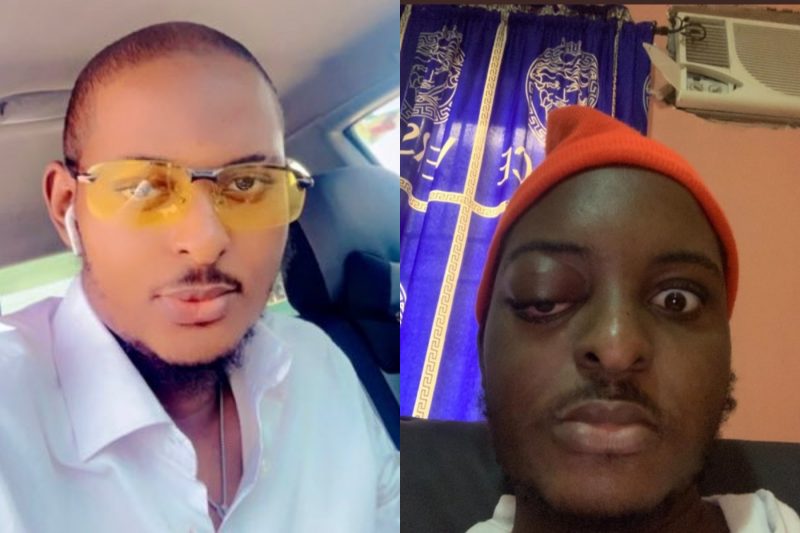 Nigerians have praised the resilience and strength of popular music producer, Fayabeats, after he recounted his cancer-surviving ordeal on his birthday.

The producer had tweeted on Wednesday to appreciate God for sparing his life and allowing him clock another year.

He disclosed that he was probably one of few people that live to tell the story of how he miraculously overcame three different types of cancer in one year.

Narrating his odyssey, Fayabeats claimed that he was diagnosed with Nasopharyngeal Carcinoma and Brain tumour in January 2020.

Nasopharyngeal carcinoma is a rare tumor of the head and neck which originates in the nasopharynx.

Fayabeats said that his health conditions worsened and the tumour extended to his eyes.

According to him, he also developed metastasis that spread to his spine in November of the same year.

Metastasis, according to United States Cancer Centre, is the spread of cancer cells to new areas of the body, often by way of the lymph system or bloodstream.

A metastatic cancer, or metastatic tumor, is one that has spread from the primary site of origin, or where it started, into different areas of the body.

Sharing photos of his ailments at different cancer stages on his Twitter page, an emotional Fayabeats stated that he is grateful to God for fighting and surviving all three cancerous ailments.

He tweeted,
“It’s my birthday . if i refuse to thank God i’d be an ingrate. Fought three different type of cancers in a year!
1 : Nasopharyngeal Carcinoma jan 2020
2 : Brain tumor with extension to the eyes, metastasis to Spine November
3: after treatment
but see Me now, …
“It wasn’t easy, its one of the worst things to go through, thank God for divine strength. God has been faithful to me and my Family , alot of Millions spent, big ups to The medical personnels . No giving up!
“No more battlles in Jesus name!” 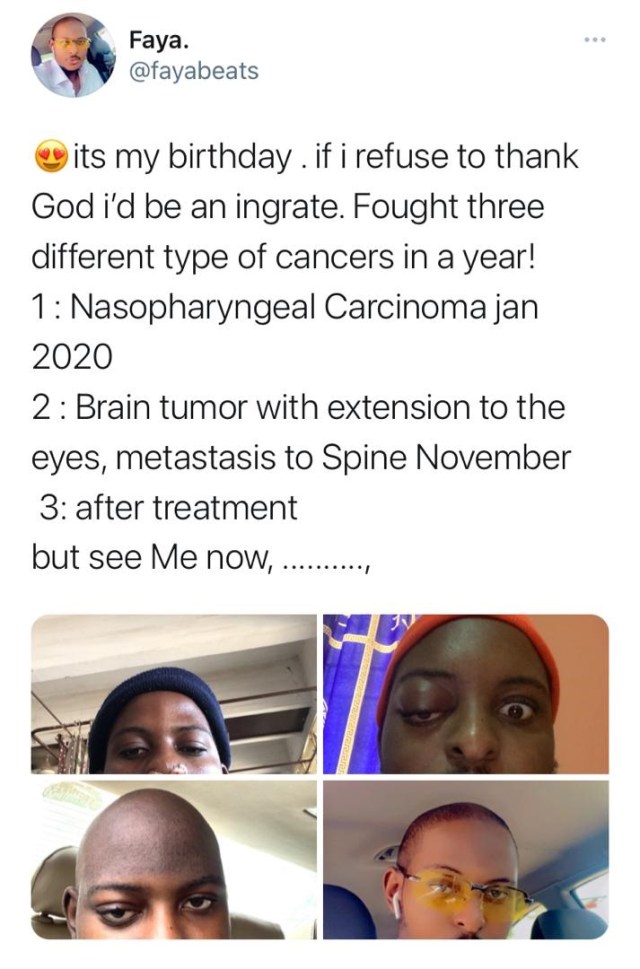 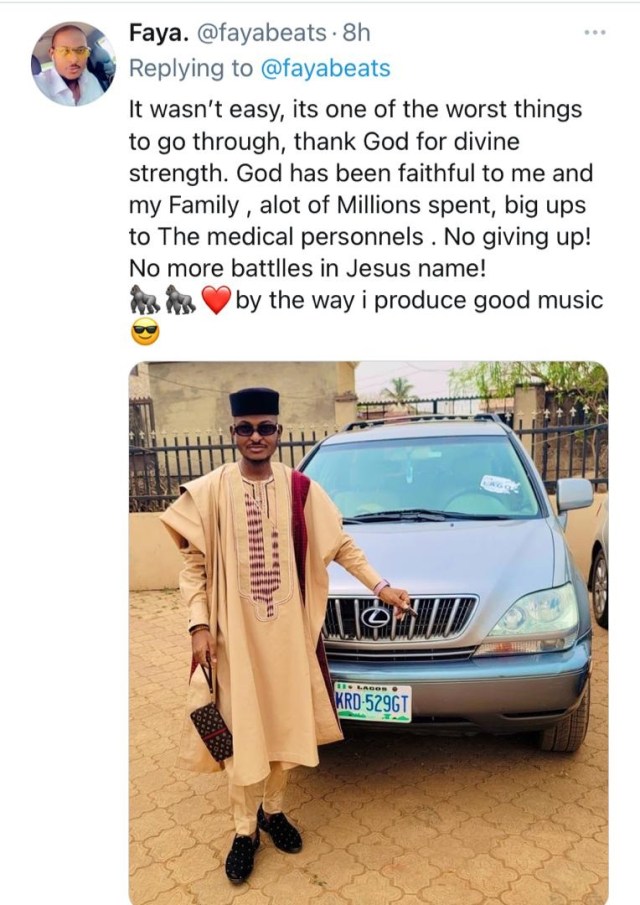 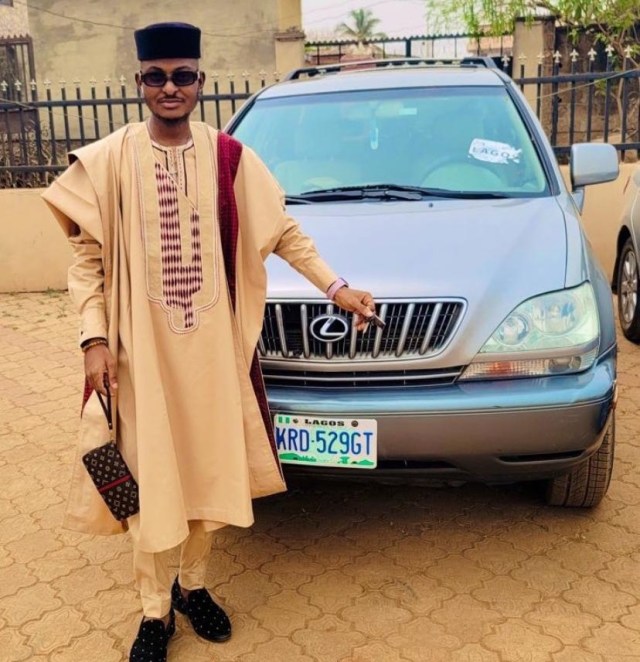 Reacting to his heart-wrenching story, hundreds of tweeps inundated his Twitter account to celebrate his victory over the deadly ailments.

A social media user, @Gabr_ell encouraged to create a forum or talk show to enlighten people more about the disease.

“Bruh you need to be giving talks on cancer. Inspire people with the disease and tell em how you came out of yours. You need to do more with the extra lives you’ve been given.”

A tweep, @kenjithecreator, wrote: “OMG I literally knew when you posted about your condition last year. I’m so happy for your growth and recovery! God bless you on your new age!

On his part, @YusuffAzeez10 stated: “This life ehnn, have money & largely your health problems will be solved.

Money & GOD’S grace kept you alive. Share your testimony to cancer-fighting patients. You’d be a huge inspiration to persons out there.”