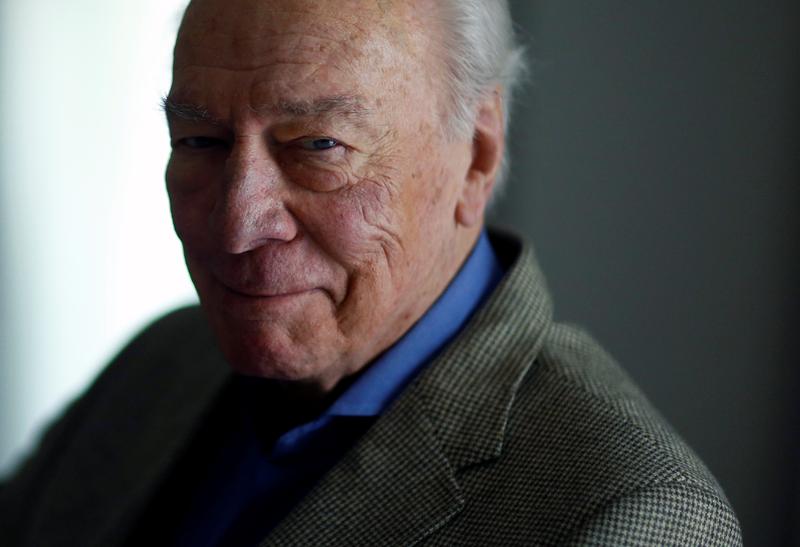 Christopher Plummer, a patrician Canadian who starred as widower Captain von Trapp opposite Julie Andrews in the blockbuster 1965 musical “The Sound Of Music” and in 2012 became the oldest actor to win an Oscar, has died at 91, his longtime friend and manager said on Friday.

“The world has lost a consummate actor today and I have lost a cherished friend,” Andrews said in a statement. “I treasure the memories of our work together and all the humour and fun we shared through the years.”

Plummer passed away peacefully at his home in Connecticut with his wife Elaine Taylor at his side.

“Chris was an extraordinary man who deeply loved and respected his profession with great old fashion manners, self deprecating humour and the music of words,” manager Lou Pitt said in a statement.

His death generated different reactions from fellow actors and others in statements and on social media.

The world has lost a consummate actor today and I have lost a cherished friend. I treasure the memories of our work together and all the humor and fun we shared through the years.

This is truly heartbreaking. What an unbelievable loss. Few careers have such longevity and impact. One of my favorite memories from “Knives Out” was playing piano together in the Thrombey house between set ups. He was a lovely man and a legendary talent.

What a guy. What a talent. What a life. And I was fortunate enough to work with him less than 2 years ago and had a wonderful experience.

The Sound of Music is a sad one today as Christopher Plummer has left us today.

Christopher Plummer beguiled audiences across generations in memorable roles from Captain von Trapp in “The Sound of Music” to Harlan Thrombey in “Knives Out.” He worked steadily for 60+ years, winning a Best Supporting Actor Oscar in 2012 for “Beginners.” He will be missed.

We’re saddened to hear of Christopher Plummer’s passing. His legacy as our Captain will live on in THE SOUND OF MUSIC forever. Our thoughts are with his loved ones during this time.

We’re sorry to hear of the death of Christopher Plummer. Making amazing work since the ‘50s, he was BAFTA nominated for All the Money in the World and won in 2012 for Beginners.

“Blossom of snow, may you bloom and grow, bloom and grow forever.” RIP Christopher Plummer. You lit up screen and stage over a lifetime of art. My thoughts are with your family and friends.

RIP to Christopher Plummer, a living legend who loved his craft, and was an absolute gentleman. So lucky to have shared a set with him.

ACTOR HELEN MIRREN
He was fearless, energetic, courageous, knowledgeable, professional and a monument to what an actor can be. A Great Actor in the truest sense.

ACTOR ANA DE ARMAS
My heart is broken, my dear Chris. I feel your loss deep inside. How lucky was I having you next to me in what’s been one the best experiences of my career.

ACTOR DON JOHNSON
My Dear ol drinkin and runnin buddy…see ya on the other side.

MUSICIAN MAREN MORRIS
Sad day losing Christopher Plummer. The Sound of Music had such an impact on me. YEARS ago I recorded a little version of “Edelweiss” with some friends one night because it remains one of my favorite songs in this world.

Christopher Plummer was our North Star. His talent, wit and verve set the highest standards for performance. His support for Stratford was unparalleled as he returned time and again to fondly rejoin his company of players. We shall not look upon his like again.