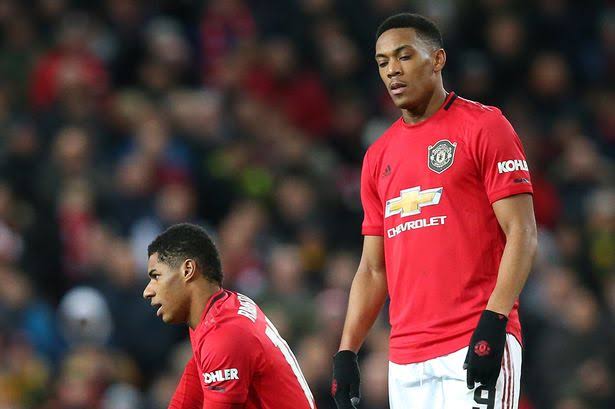 Manchester United have included Marcus Rashford in the squad to face Granda on Thursday in the UEFA Europa League, manager Ole Gunnar Solskjaer has confirmed.

Speaking ahead of the quarter-finals fixture in Spain, Solskjaer said it would be a miracle to see striker Anthony Martial again this season after suffering an injury while on an international break with France.

Rashford returned to training this morning having hobbled off in Sunday’s 2-1 comeback win over Brighton after being caught during a tackle.

The 23-year-old has an ongoing foot injury and Solskjaer revealed that he would “make a decision tomorrow if he starts or is on the bench.

“I don’t think he’ll be a 90-minute man, but we’ll see where we are tomorrow.

“I don’t pick players when I know there’s a risk.

“… if the physios say ‘this is too much of a risk’, then I’ll never play a player if we know in advance it’s going to make it worse or be a serious one,” he said.

The Norwegian added that “if there’s any risk of making this worse, I’m not going to overplay him.”

Speaking on Martial who has endured a difficult season in front of goal for United, Solskjaer said he would be surprised if the French man returns before the end of the season.

Martial is currently nursing a knee injury while on international duty with France.

“Anthony has started his recovery and if we see him before the end of the season I’ll be very surprised.

“Of course, he’s determined to come back as quick as he can because there are important games for us towards the end of the season and there’s the Euros.

“He’s disappointed he can’t help us now, but of course he wants to work to get back as quickly as possible.”

Meanwhile, United would also be without defender, Eric Bailly who hasn’t returned from Ivory Coast since the international break.

The African had to remain behind after testing positive for COVID-19 as the Ivorians wrapped up their 2022 African Cup of Nations qualifying matches with a ticket to the main event in Cameroon.

“Eric is still in Ivory Coast. He needs a negative test before he can come back to England, so we’re still waiting for that one,” Solskjaer said.(Sky Sports)