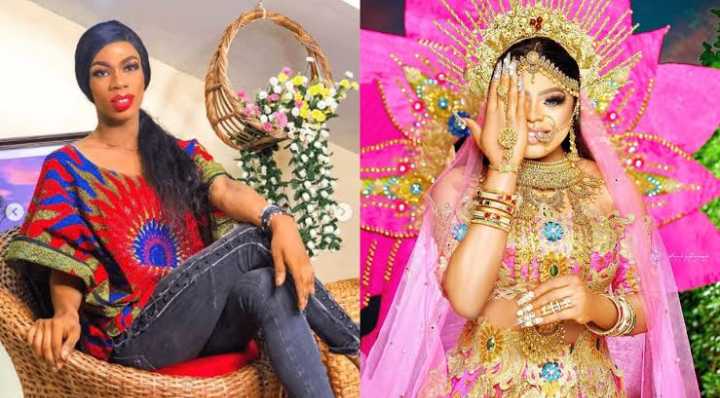 Recall that James Brown alleged that Bobrisky called him and threatened to take his life if he does not stop copying his concept on Instagram.

The dancer then went further to blast Bob, saying despite the much respect he had for the popular bleaching cream vendor, he never expected him to stoop so low to call him and threaten him.

In a fresh post shared on Instagram, James Brown stated that he can be a woman if he chooses to be because he has the class, and has the attitude, but added that he would prefer being himself so that no one will feel threatened.

“I can be a full woman if I want to. being classy,calm, collective, with that bad bitch attitude and sexy but I decide not to because I enjoy being free being funny being hilarious so stop being threatened by me.”

Related Topics:BobriskyFeaturedInstagramJames Brown
Up Next