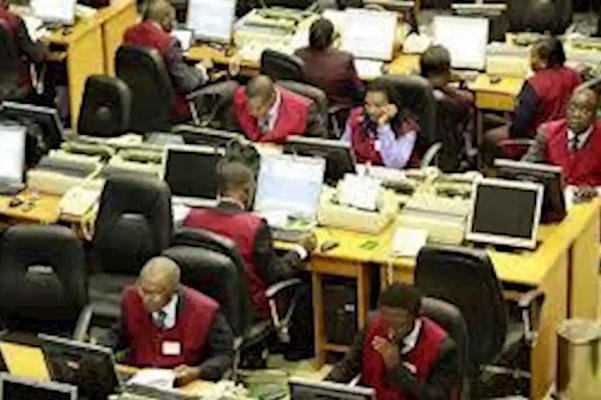 The ACMAN president, Prof. Uche Uwaleke, said this in an interview with the newsmen on Friday while reacting to the Q4 GDP figure released by the National Bureau of Statistics (NBS).

The NBS on Thursday said the country’s Gross GDP grew by 0.11 percent (year-on-year) in real terms in the fourth quarter of 2020 from the 6.11 percent contraction in Q3, signaling a gradual recovery from recession.

This is the first positive quarterly growth in the last three quarters.

Uwaleke said the development would certainly enhance the country’s credit rating internationally and influence the increased flow of foreign investments.

According to him, it shows that the Nigerian economy is resilient and has the capacity to withstand shocks.

“It may be just number but the 0.11 percent positive growth in real GDP year-on-year recorded in the fourth quarter of 2020 has information content.

“It is, without doubt, an upside surprise that sends a positive message to the international community, especially the multilateral institutions, rating services and investment banks, that the Nigerian economy is resilient and has the capacity to withstand shocks,” said Uwaleke.

He explained that the development would certainly enhance the country’s credit rating internationally.

“I won’t be surprised if it triggers an upward revision in growth forecasts for Nigeria in 2021 by the IMF and the Fitch which had projected weak growth rates of 1.5 percent and 1.7 percent, respectively.

“It is instructive to note that favorable news about any economy can influence the increased flow of foreign investments.

“Coming on the heels of the emergence of Dr. Ngozi Okonjo-Iweala as the Director-General of the World Trade Organisation, this is another pleasant news from Nigeria at a time when many economies are still in a recession,” Uwaleke said.

He explained that the NBS report had shown that the nation’s economy could survive without the oil sector.

“The NBS report has a number of lessons: The first is that the Nigerian economy can actually survive without the oil sector.

“The growth rate in Q4 2020 was powered by the non-oil sector which recorded a positive growth of 1.69 percent despite a deep contraction in the oil sector by as much as over 19 percent,” he said.

Uwaleke noted that the information and communications, agriculture and real estate sectors were among the top performers.

“The second lesson is that the agriculture sector remains a game-changer, contributing over 24 percent to real GDP and posting a growth rate of 3.42 percent from about 1.3 percent in the previous quarter.

“This is remarkable and largely reflects the increased interventions in this area, especially by the Central Bank of Nigeria. This should be sustained and possibly ramped up,” said Uwaleke.

The third lesson, according to Uwaleke, is that crude oil output is critical to the oil sector’s performance.

“The OPEC cut agreement notwithstanding, it is important to ensure that the drop is not due to plant shutdowns and vandalism,” Uwaleke added.

On the way forward to achieve stronger growth, he urged the Federal Government to pay more attention to policies that would enhance job creation.

“Going forward, now that the economy has turned the corner, earlier than predicted, it is time to focus on achieving a strong growth that is inclusive,” the economist stated.

By implication, he said more attention should be focused on jobs and reducing the high rate of unemployment and poverty.

“This will require, among others, an aggressive approach to increasing food output by facilitating access to credit by farmers and SMEs, collaborating with state governments to address rural infrastructure deficit as well as insecurity.

“Doing so will help bring down food inflation which is exerting the most pressure on the general price level.

“That the government heeded the advice of many including the CBN not to impose another lockdown in the wake of the rising COVID-19 cases in Q4 2020 helped economic recovery,” he said.

The ACMAN president commended the NBS for the timely release of inflation and GDP quarterly reports, which will facilitate planning by the government and the private sector as well as reduce uncertainty.

Panic buying cause of queues at filling stations in Maiduguri – DPR