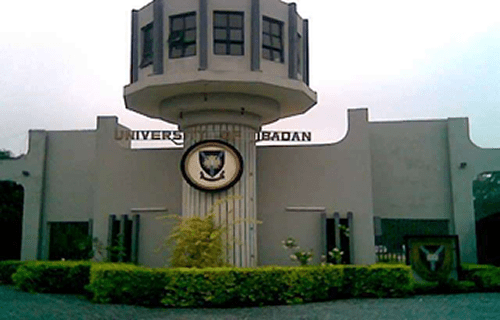 Tension in University of Ibadan (UI) as aggrieved workers on Wednesday took over the premises and protested the alleged planned imposition of a candidate by the outgoing Vice-Chancellor, Idowu Olayinka.

It was gathered that unions and persons in the institution have alleged that Prof Olayinka is making efforts to ensure that his anointed candidate, who is among the six candidates finally shortlisted, emerges as his successor.

It was also learnt that the protest by the workers was caused by the release of the names of the six candidates.

According to TheNation report, the workers who blocked the entry and exit into the institution, chanted songs such as: ‘We no go gree oo, we no go gree, imposition we no go gree’.

They also carried placards with inscriptions such as: ‘Impose Adebowale and shut down UI for six years’, “We shall never work with Alatise again’, among others.

The name of a lecturer at the Obafemi Awolowo University, Ile-Ife, Osun State, Prof. Femi Mimiko, is among the six names on the final list released by the Governing Council Board.

Mimiko, who is of the Department of Political Science and Vice-Chancellor of Adekunle Ajasin University, Akungba-Akoko (AAUA) between 2010 and 2015, is the only non-UI candidate among the six finalists.

Others are the current Deputy Vice-Chancellor (DVC), Kayode Adebowale, a former DVC, Abideen Aderinto, Olusegun Ademowo, Olatunde Farombi and Babatunde Salako, who are all UI professors.

It was gathered that the list would be pruned down to three by a five-man panel, which included Nde Joshua Waklek, chairman of council, Sir Ben Okoronkwo, Dr. Uchenna Uba, a representative of the Ministry of Education, Prof. Ezekiel Ayoola and Prof. Peter Olapegba.

“The shortlisted candidates are expected to meet with the selection board on October 28, after which the report of the interview with the board will be considered at a council meeting slated for October 28.

“By November, a new VC will emerge and take over by December 1 when Prof. Olayinka would have completed his tenure.”

Related Topics:ProtestUniversity of Ibadan (UI)
Up Next