Ghana-based Gambian actress, Princess Shyngle, has announced an end to her marriage, just a few weeks after she tied the knot with her best friend, Gibril Bala Gaye.

Shyngle alleged that she had constantly been beaten by her husband.

She further stated that the abuse started just a week after their wedding.

The actress came online to make the revelation after her husband went on Instagram live to tell the world that his wife locked him out of the house after a little disagreement about eight weeks ago and he hasn’t seen her for 7 weeks.

He added that she’s in New York doing “her thing”.

Recall that nine weeks ago, on January 30, the actress posted on the internet that she had gotten married to the man whom she tagged her best friend of 10 years.

Princess Shyngle said she had no intention to bring her marital woes online but since her estranged husband was already giving the impression she’s a bad woman who left her husband for seven weeks, she has to come out with her truth.

MORE READING!  My neighbour hired hoodlums who attacked me with acid - Lady narrates

In an Instagram live video, she told the world that her marriage has been shaky for over eight weeks. She said her husband was violent and “put hands” on her so she decided to divorce him.

“You’re a fu*king mistake. I’ve divorced your as* so leave me the f*ck alone,” she wrote. 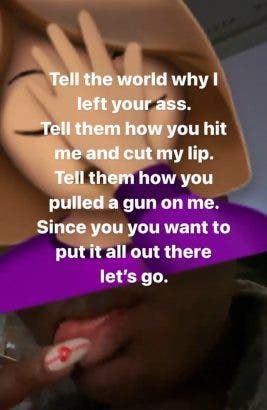 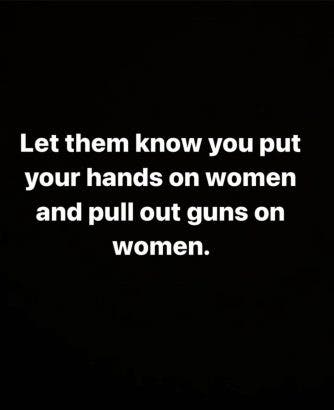 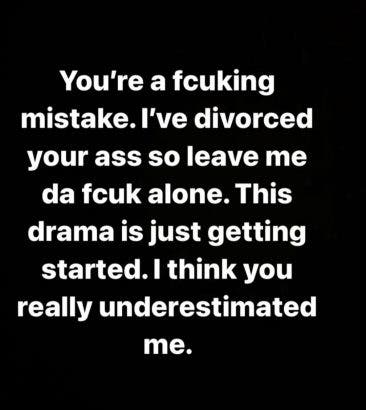 PHOTOS/VIDEO: Check out Arole’s traditional wedding with his lover, Yemi