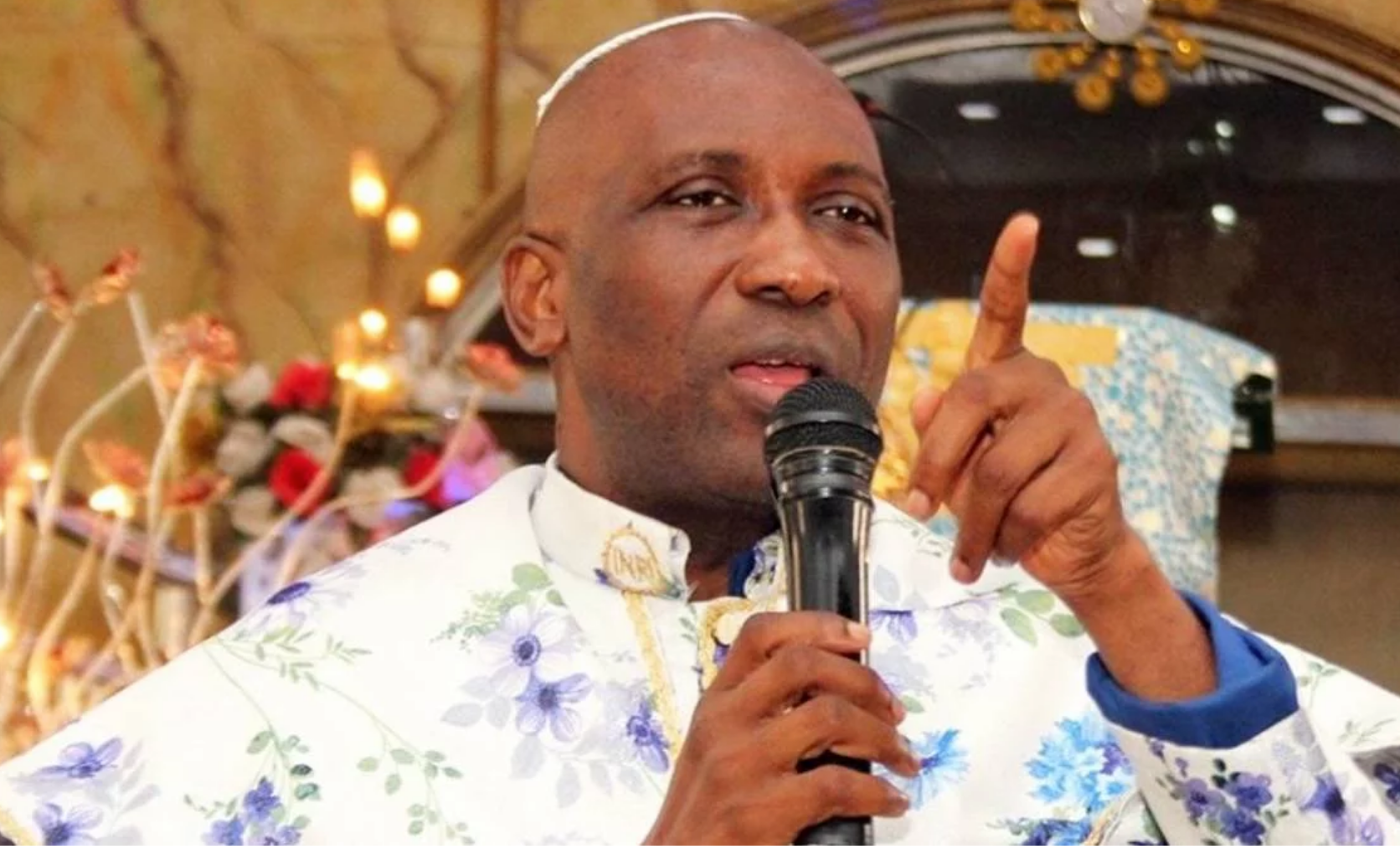 Primate Elijah Ayodele, the leader of INRI Evangelical Spiritual Church, has warned the incumbent president of Kenya, Uhuru Kenyatta, not to seek a 3rd term by contesting in the 2022 presidential election.

The cleric issued the warning in fresh prophecies he released on some African presidents, including Kenya, Chad, Mali, and Somalia.

In a statement, the Lagos-based prophet named two aspirants whom God has ordained to become the next President of Kenya.

“Kenya President should not attempt to go for another term, I see Kenya in disarray, disorderliness, the present president isn’t loved, He should be watchful and back down from contesting in the coming election, The next President of Kenya lies between Kalonzo Musyoka and Williams Ruto’

“Also, Before the election, I see a governor being removed and let them pray against the death of a parliament.”

WUZUPNIGERIA reports that Kenyatta, who became president in 2013 and won a 2nd term re-election bid in 2017, is ineligible to contest in the 2022 polls.

In 2018, when asked by CNN if he would seek would extend his term beyond 2020, he said “No”; when asked if he would consider so after a constitutional change, he also said “No”. But with a constitutional referendum set to be held in Kenya in June or July 2021, there are fears Kenyatta may have a change of heart and seek re-election like Alpha Conde of Guinea and Yoweri Museveni of Uganda.

Speaking on Mali, Primate Ayodele warned against troubles from the rebels that will be targeted at destabilizing the government.

“The new Mali president will be working under serious pressure just for him not to extend his tenure, He will want to do better but let them pray against troubles, turmoil and attack. The president must watch his movement because rebels will want to destabilize his government. The junta of the military will need to call for the support of the international community,’’ he said.

About Chad, Primate Ayodele warned President Kaka Idriss Deby that his father’s killers are plotting against him and the government.

‘’The Chad president must be careful, those who kill his father are still around planning to do another attack, I see a bomb scare in Chad. There is a plan of a new terrorists group coming up in Africa that must be worked on immediately. There will be changes in Chad presidency, I see a transformation,’’ he said.

In the Central African Republic, Primate Ayodele said he saw killings and bloodbath ahead of a new election. He added that opposition parties fight against rigging of the polls would not be successful.

According to him, there will be political tension in Burkina Faso.

He warned President Roch Marc Christian Kaboré to “be extremely careful”, adding that “they will want to put him in a tight corner to take a wrong decision that will affect his political career in the future.”

On the part of Ghana, he noted: “There will be trouble surrounding Nana Akufo Addo government, Let them pray not to lose a prominent king in Ghana. Also, Ghana need to be careful on borrowing funds, I see the country’s economy being affected.”

The statement added, “Former President Zuma should be very watchful so that he will not be convicted.

“The Uganda President will see a big protest, if Bobi Wine is not careful, it will be difficult for him to become the President of Uganda.

“In Ivory Coast, I see economy and political tension, Laurent Gbagbo will be released and will form a government within the present government.

“Malawi Presidents should be careful of unexpected attacks.

“Cameroun President will face a major challenge from the opposition

“Africa still need to pray against a coup, death of a one-time president and a sitting president

“There will be a major crisis in Gambia.

“The president of sierra lone will have an uprising, to have continuity, he should strategize well.

“In Burundi, the president will take a wrong step that will query his efforts, the economy will have troubles.

“Opposition will fight Zambia government, protest and counter protest that will underscore his efforts will come up. He must be careful of a new policy that will make his government unpopular.”

Related Topics:KenyaKenyattaPrimate Ayodele
Up Next