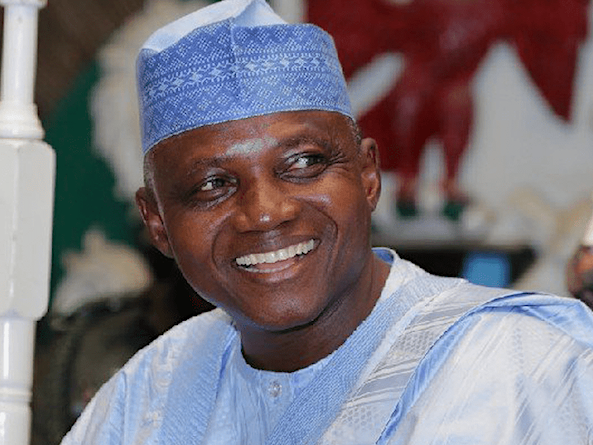 The Presidency on Friday said that the prices of food items in the country are dropping as a result of the agricultural reforms of the regime of the President, Major General Muhammadu Buhari (retd.).

The President’s Senior Special Assistant on Media and Publicity, Garba Shehu, made this known while featuring on Channels Television’s Sunrise Daily programme.

Shehu was reacting to the President’s directive Thursday that the Central Bank of Nigeria should not release money for food and fertiliser importation henceforth.

Earlier the PUNCH reported that the Manufacturers Association of Nigeria and the Lagos Chamber of Commerce and Industry, in their reactions, warned that the directive could cause further inflation, saying the country was not sufficient in food production and still needed forex to import some food.

Speaking also on the TV programme on Friday, a senior lecturer in the Department of Economics, University of Abuja, Dr Ahmed Adamu, faulted the timing of the policy because of the inflation already in the economy.

“It is also a wrong time because we have not built the right infrastructure and not supplied the right agriculture facilities and we have not built the entire agriculture value chain. We are also facing insecurity and a lot of farmers have been displaced from their farms and they cannot produce much. And now the government is discouraging cheap importation from other countries. It is going to create a lot of food scarcity in the country.

The scholar stressed that Nigerians should not be punished for the failure and inability of government and policy-makers to protect the naira, adding that the government’s decision is “a recipe for hyperinflation”.

According to him, consumers are rational and so the government needs to ask itself why the people prefer foreign food items.

“They know why they go for foreign food items – maybe because of quality, quantity or price. Instead of you to force Nigerians to buy things that they are not ready to buy, why don’t you make the local products become attractive to Nigerians by enhancing its quality, quantity and competitive price. These are things that we need to set in place before we force people because this actually is an aggressive measure,” Adamu added.

Reacting, Shehu said Nigeria’s land borders were closed not only to curb the importation of rice and other food products but to also curb the proliferation of small arms smuggled into the country to feed inter-communal crisis and banditry, amongst others.

“To say the cost of food items is connected to the closure of the borders is absolutely wrong. And to say that the prices of food ain’t coming down, I think the scholar has detached himself from the market because we sat through the meeting of the National Food Security Council and we heard presentations by experts – people who had surveyed the markets.

“So, to say that there is no change in the prices is to show one is completely detached from what is happening in the country.”

When told by the moderators of the programme that his position was contrary to the reality being faced daily by Nigerians on the streets, Shehu insisted,

“As the Germans say, if you want to get the best of the weather, open the windows. My suggestions to the journalists who sit and write all of these numbers is, send your correspondents to the streets, go to the markets and find out.

“I didn’t say that all of the prices, the changes had crashed completely. They are coming down because the harvested items are coming into the market. Prices are coming down, they will continue to go down as more and more food items are harvested. It’s a seasonal thing and we are going to see through this as well.”

Anyone who disrespects Oyedepo is not wise – Reno Omokri