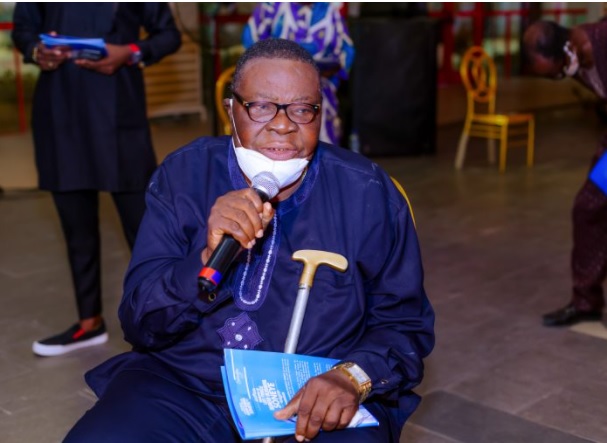 In a Facebook post, Chief Commander Ebenezer Obey said that Osinubi died in his sleep on Monday in Lagos at the age of 81.

WUZUPNIGERIA gathered that during his lifetime, the ‘Sokoyokoto’ of Lagos was loved and was seen at almost all celebrities’ events.

He was a constant star on the party scene from the early 80s until his death.

He was ebullient and full of life. He was always happy and ready to celebrate with others. He was a good dancer.

Speaking in an interview with City People Magazine in 2020, Osinubi said, “If somebody or an Astrologer had told me that I will be 80-year old I will say it is not possible because I lost my mother on the 3rd day after I was born.

“My mother died 3rd day and I stayed with family members all around.”

He will be buried in his hometown, Ijebu Igbo, Ogun State.

My lover once called me ‘broke’, says actor Ibrahim Chatta