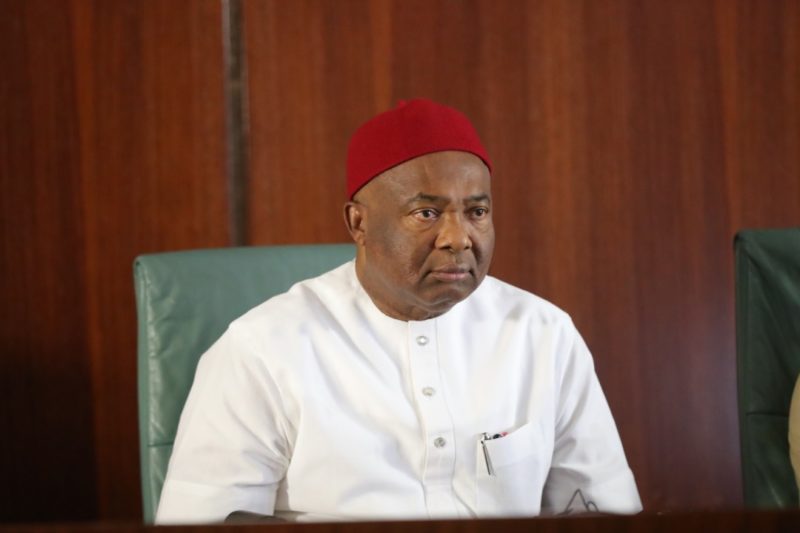 A popular prophet has given a shocking prophecy about Governor of Imo state, Hope Uzodinma.

The leader of the INRI Evangelical Spiritual Church, Primate Elijah Ayodele has told Governor of Imo State, Hope Uzodinma to prepare for the worst as the legal battle to remove him is not over yet.
Primate Ayodele predicted that the Supreme Court may review and reserve its judgment, which pronounced Uzodinma governor of Imo State.
The clergyman said he doesn’t know how it will happen but the governor needs to act immediately to prevent the unthinkable from happening.
In a statement he forwarded to DAILY POST, the clergyman said;

“In what seems to be the most fearful prophecy of the year, I have called the attention of the governor of Imo state, Hope Uzodinma to get prepared for a tough time.
“There will be a review of the Supreme Court judgment that put Hope Uzodimna as Imo State Governor. He must not relent so that he will not see challenges.
“I don’t know how it will happen but that is what I saw. I saw the judgment being challenged, reviewed and reversed.
“Hope Uzodinma should be careful because something funny may happen. He should get prepared for a review of the Supreme Court judgment”.

Mum jailed for dressing daughter, 9, up in Playboy outfit and letting men rape her