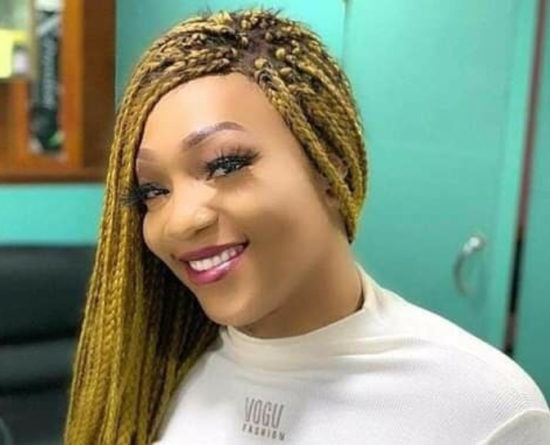 A popular Cameroonian cross-dresser known as Shakiro has been sentenced to jail, alongside two others, for the promotion of homosexuality.

Shakiro and the unnamed suspects were sentenced n Tuesday in a Cameroonian court in the district of Ndokotti, Douala.

National Council of Women Society and a frontline Kenya non-governmental organization, Kenya Women Arise in the forefront of the campaign against homosexuality and other strange behavioural attitudes inimical to the growth of African indigenous Culture, had last year pushed for more stiffer punishment to steam the rise and boldness of these deviant characters in our society.

“Cameroon has set the judicial pace and we must enjoin other African countries to emulate the boldness of the Cameroon judiciary and help Africa to remain culturally different from other countries of the world.” The Kenyan group stated.

In Nigeria, there is a relentless campaign by the President, Africa Region World Craft Council (WCC) Otunba Segun Runsewe who doubles as the Director-General National Council for Arts and Culture (NCAC) against Nigerian homosexuals and crossdressers are well documented.

Unlike Cameroon, Nigerian who also has a growing community of homosexuals and Cultural deviants is yet to take the steps taken by Cameroon.

Though the Nigerian Women society, the royal fathers and clerics across board in Nigeria, supported the NCAC boss in his campaign to return Nigeria to the path of sanity in enthroning the best of Nigerian culture and heritage, the judiciary backing is yet to measure up.

“We call upon the Nigerian highly revered judiciary to take note of the effrontery and boldness of the homosexuals in Nigeria and slam jail sentences that help rid Nigerian society of these deviants so as to protect the young impressionable minds from the notorious influence. Nigeria is Africa’s biggest black nation and if things go wrong here, Africa will suffer,” the Kenyan anti-homosexuals campaign group stated.