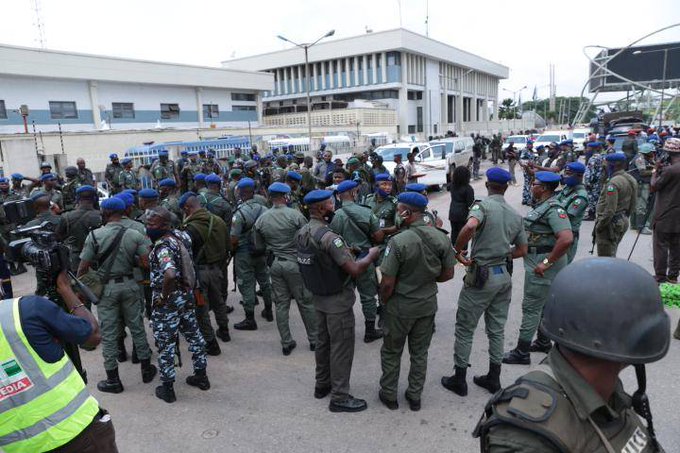 Policemen deployed to Edo State for the governorship election on Saturday have grumble over the non-payment of their allowances.

31,000 police personnel were deployed to the state as announced on Monday by the Inspector-General of Police, IGP Adamu Muhammed.

Some of them who spoke to Sahara Reporters appealed to the IGP to see to their situation.

MORE READING!  Self-Confessed Rapist, Robber: Why I'm appealing to the police to kill me

“I heard N50,000 has been approved for those in my rank but I am yet to receive alert. Though some have received theirs,” one of them said.

Another one said, “We are currently risking our lives to ensure adequate security during this election but it’s sad that we don’t have anything in our bank accounts. Just few of us have been paid.”

VIDEO: Don’t kill me with work because you gave birth to me, little girl tells mum