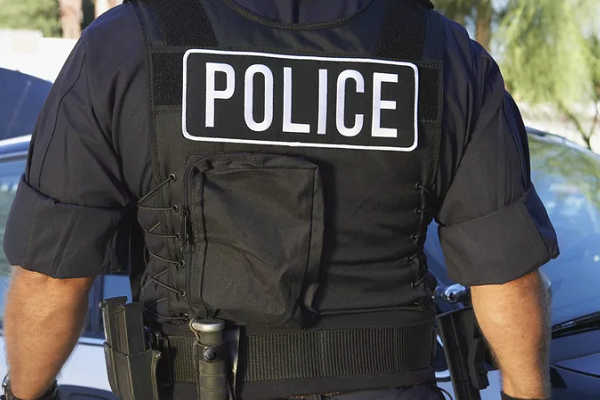 Owoseni gave the warning at a meeting with the Lagos State Independent Electoral Commission (LASIEC) ad-hoc and non-ad-hoc staff, party chairmen, members of transport unions, and other stakeholders on Thursday in Ikeja.

“VIPs, members of the National Assembly, Ministers, Commissioners, members of the House of Assembly and political office holders, who are entitled to the use of aides, will not be allowed to move around with them on Saturday.

“If they need to vote, they must be there as individuals, to exercise their franchise and go back home.
“Any policeman found with them will be arrested. It is not just for this election.

“We have always advised police officers that are performing such duties not to go about with their weapons to intimidate the electorate under the guise that they are aides to any VIP.

“Any policeman who violates this, we will make sure that the provisions of the law would be brought to bear on him.

“We are making it clear that any policeman or security agent that violates this rule will be sanctioned accordingly,’’ the CP said.

The police boss also urged LASIEC staff to resist any temptation from politicians that could work against a hitch-free election, adding that anyone caught would be made to face the full wrath of the law.

“LASIEC officials would be profiled to ensure the prompt arrest of anyone who allows himself to be used against achieving a peaceful, hitch-free election.’’

He urged LASIEC officials to study the electoral law with a view to understanding their roles during the elections, adding that ignorance was no excuse in law.

“If you have not familiarised yourselves with the electoral law, don’t claim ignorance, if arrested. If you violate the law, you will be made to face its full wrath, no matter who may have sent you.

“We are taking an inventory of all of you, in terms of getting your details, passport photographs, and telephone numbers.

“You will also be captured and your fingerprints will be taken. This is to ensure there won’t be any hiding place for you.

“If you violate the electoral law, we will haunt you and ensure the full wrath of the law catches up with you,’’ Owoseni said.

The CP also assured members of the public that the command and other security agencies were fully prepared for the elections.

He also charged candidates to warn their loyalists against shedding blood during the elections.

Related Topics:Uniformed security
Up Next