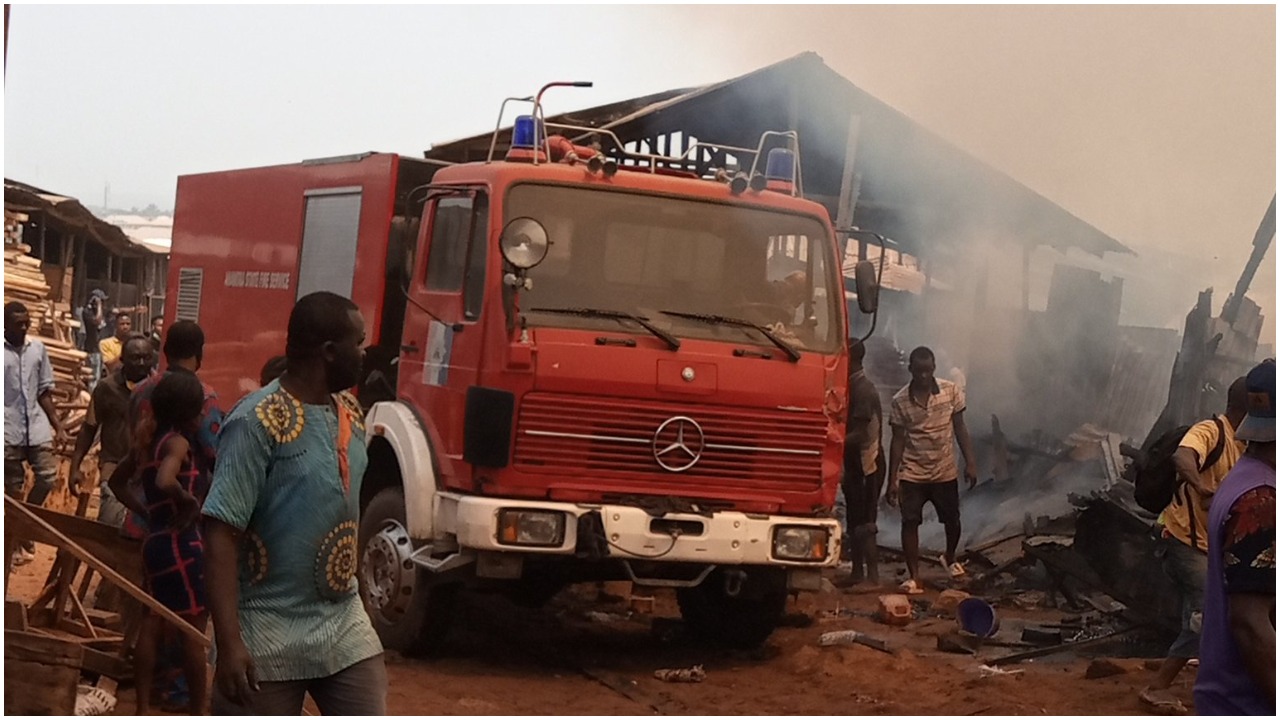 Officers attached to the Anambra State Police Command have reportedly set a Timber market located in Nnewi Blaze on Tuesday.

Reports revealed that the incident occurred while the officers were hunting for Indian hemp smokers in the market.

Eyewitnesses said the officers ignited fire near a sawdust heap in an attempt to smoke out the suspects after no arrest was made.

Angrily or maybe acting under influence of alcohol or had drugs, they put on their lighter which caught fire immediately with saw dust.The fire has burnt down more than 100 shops, water tankers putting the fire off and causing further destruction.Everyone is crying and weeping pic.twitter.com/GbBzgznama

NLC calls for renewed commitment in war against terrorism, banditry