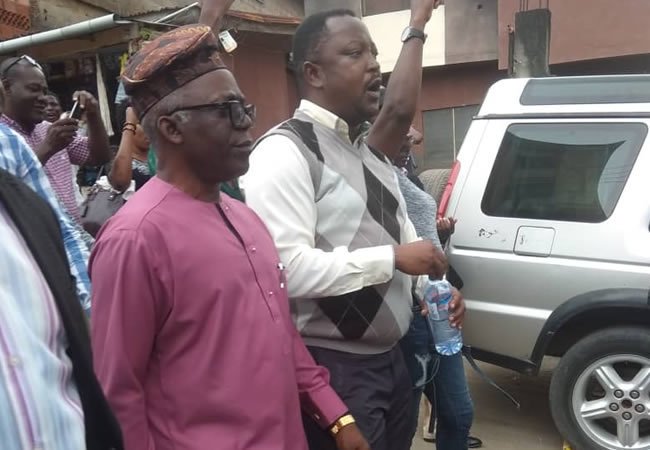 The police on Monday sealed off the venue of a symposium where Nobel laureate Prof Wole Soyinka and human rights lawyer Femi Falana (SAN), were to address the state of insecurity in the country.

The programme organised by a group known as Coalition for Revolution (CORE) was billed to hold at 46, Ibijoke street, Oluyole bus-stop, Oregun, Lagos.

It is tagged: “Democracy, State Repression and the State of insecurity in Nigeria”.

The organisers said it was scheduled to be, “A working consultative assembly of activists and organisations against the draconian development and the detention of scores of activists in the DSS detention cells.”

Police vans were seen at strategic locations around the venue on Monday morning.