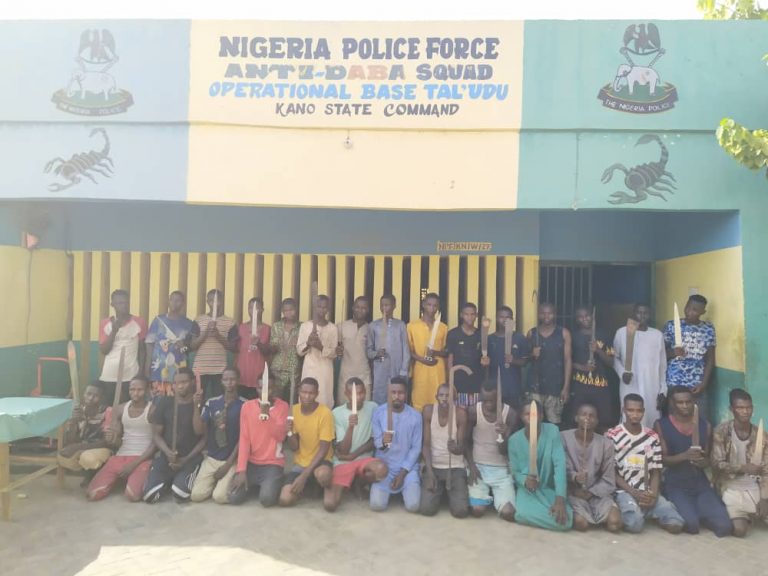 The Police Command in Kano State says they rescued a 10-year-old girl confined in a room for 10 years by her biological parents.

The Police Public Relations Officer (PPRO), DSP Abdullahi Haruna, announced this in a statement in Kano on Tuesday.

He said that the arrests were made as a result of robust community policing engagements, intelligence-led and visibility policing, sustained synergy with sister security agencies, and a massive campaign against Thuggery (Daba).

He said that the arrests were made between April 10 to May 23, before, during, and after the festive Eid-el-Fitr celebration.

He said that criminal hideouts and black spots were raided during the period under review.

Others are 80 suspected fraudsters and armed robbers as well as five suspected drug dealers, seven suspected livestock, and phone thieves.

The spokesman also said that the command recovered dangerous weapons like a screwdriver, masking tape, plastic ruler, and pistol with the empty shell of .9mm ammunition

Other items recovered were motor vehicles, tricycles, motorcycles, mobile phones, and illicit drugs such as cocaine, rubber solutions, and suck and die.

Haruna said that the suspects would be charged to court upon completion of the investigation.

Ooni of Ife congratulates Aregbesola at 64