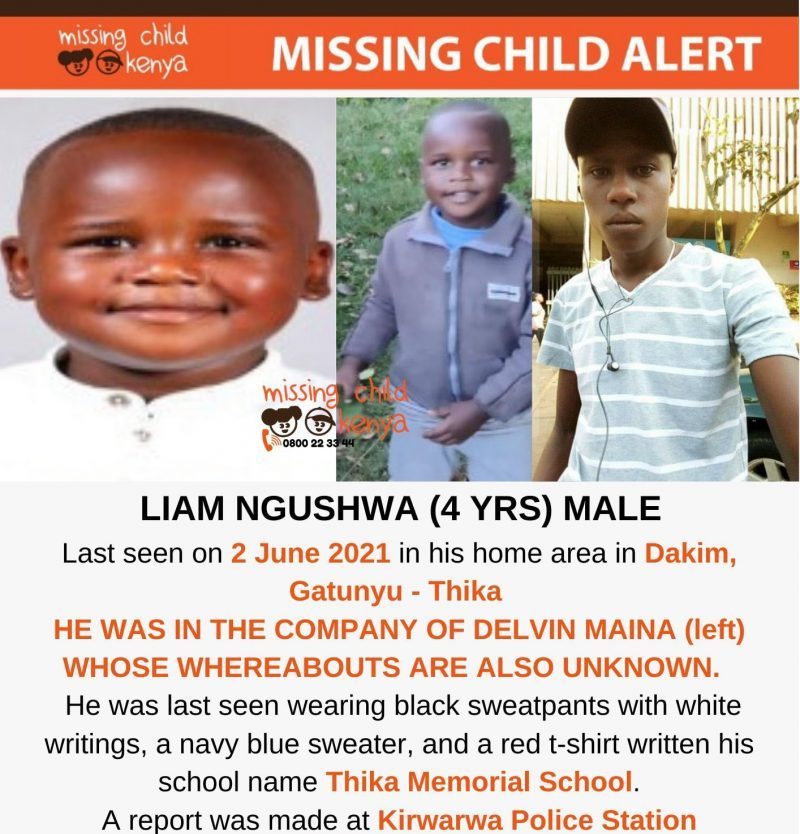 The police in Kenya have rescued a four-year-old boy identified as Liam Ngucwa Mwangi, who was kidnapped by his grandparents’ houseboy, one Charles King’ori.

The minor, who had been missing since Wednesday, June 2, was found at a house in Naivasha following days of painstaking search.

The Directorate of Criminal Investigations (DCI), confirming the development in a statement on Monday, June 7, said the boy was rescued after what they termed ‘a meticulous mission, executed by detectives from the Crime Research and Intelligence Bureau, augmented by their Special Service Unit counterparts.’

“Baby Liam Ngucwa Mwangi, who went missing on June 2nd in Murang’a, has this afternoon been rescued by DCI detectives. Baby Liam who is believed to have been kidnapped by his grandparents’ houseboy, was found at a house in Naivasha, following days of his painstaking search.”

“The 4-year-old boy has since been reunited with his parents, who couldn’t hide their joy holding the little angel, after five days of tears and anguish. The distraught parents and relatives had in an online appeal that went viral, asked Kenyans to volunteer any information they may have had, regarding their son’s whereabouts. The parents disclosed that their son had last been seen in Thika, in the company of one Charles King’ori alias Delvin Maina who was their houseboy,”