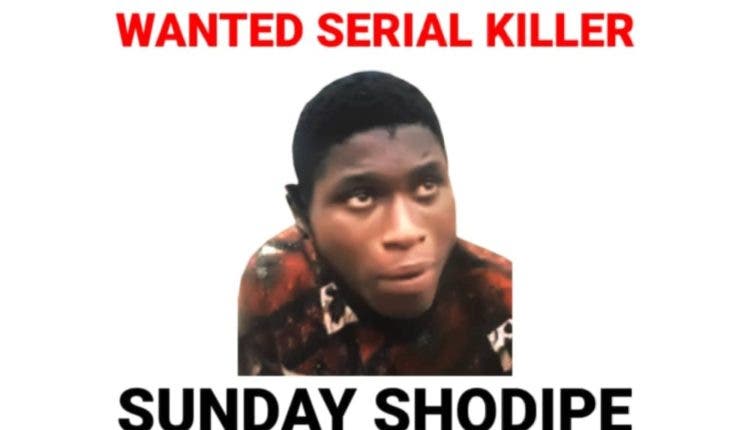 The Oyo State Police Command has announced a N500, 000 reward for any member of the public that is able to provide useful information that can lead to the re-arrest of the serial killer suspect in Ibadan, Sunday Shodipe.

The suspect has attracted national attention since he escaped from police custody last week.

Journalists in Oyo State and joint campus student union leaders in the state are among groups that have protested his escape, describing it as unacceptable.

Shodipe is believed to have murdered at least three persons, including two students, in Akinyele area of Ibadan from May to July.

He was arrested, paraded and arraigned thereafter on July 17. But the court ordered him remanded in police custody instead of correctional custody due to COVID-19 preventive measures. He escaped on August 11.

The Police Public Relations Officer (PPRO) in the state, Mr Olugbenga Fadeyi, in a statement on Thursday, implored members of the public to cooperate with the police by volunteering useful information that can help rearrest Shodipe.

Most bandits aren’t from Nigeria – IGP