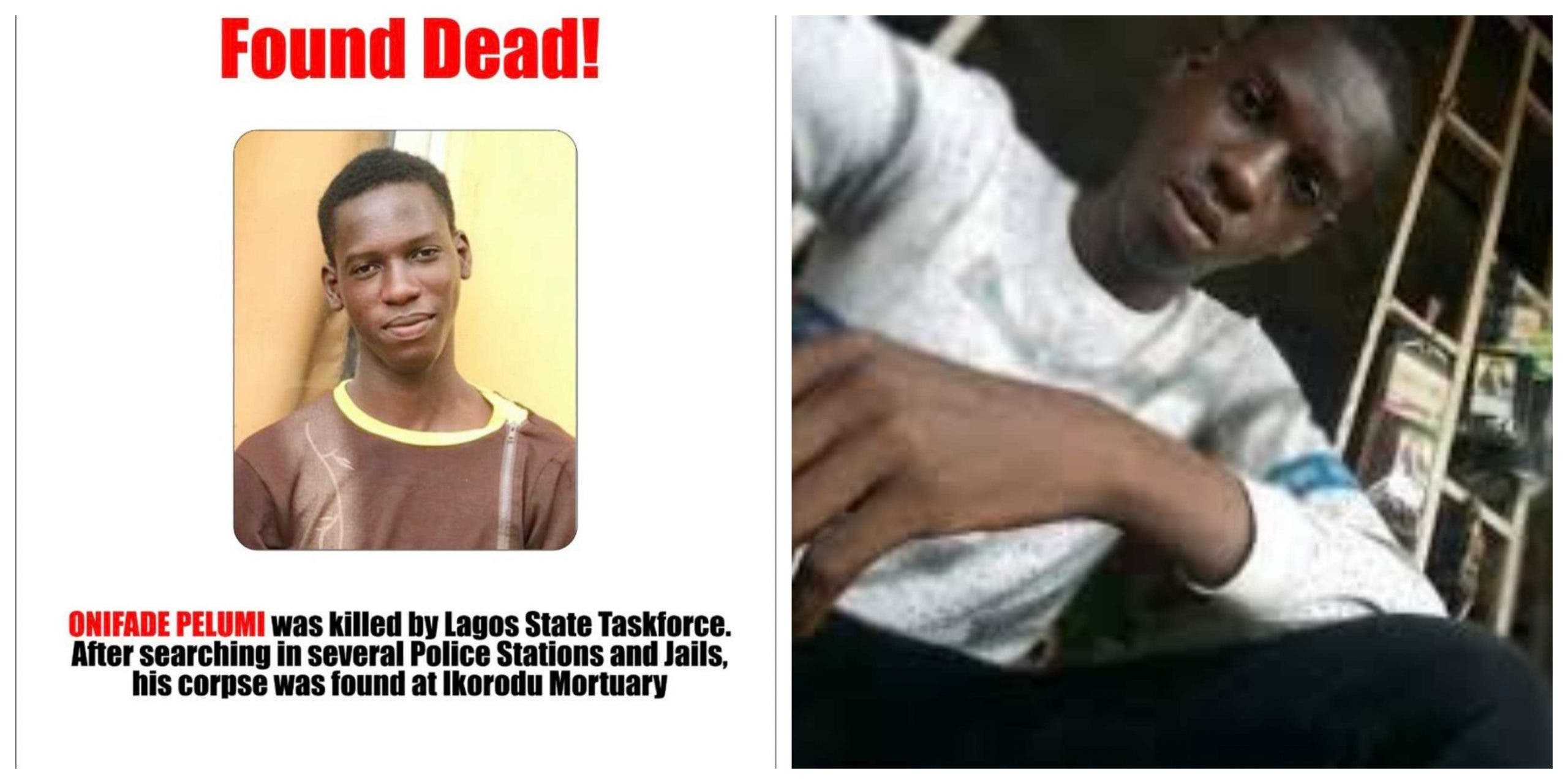 Pelumi Onifade, a reporter with Gboah TV who went missing during the #EndSARS protest, has been discovered dead.

According to reports, Pelumi was taken by the Lagos State Task Force, an agency with police officers as the majority of its manpower.

On October 24, Onifade had joined one of his colleagues to cover an attack on a government facility at Abattoir, Oko Oba in Agege.

The 200-level student of the Department of History at Tai Solarin University of Education (TASUED), Ijagun, Ogun State was an intern with GboahTV.

Amid the violence, policemen deployed to the scene to restore order fired at hoodlums. Pelumi was one of those hit by bullets.

Witnesses said the police dragged him into their vehicle despite seeing his work jacket which identified him as a reporter.

In an official reaction, Gboah TV recalled that for days, the company and the family tried to locate the deceased.

They regretted that his corpse was discovered at a morgue, a sight which has thrown everyone into grief.

“It has been confirmed that the Gboah TV staff ‘Onifade Pelumi’, arrested by the Lagos State Task Force at the Ministry of Agriculture, Abbattoir, Agege is dead,” the statement read.

“The Police are currently investigating the matter and have assured the management, the family and community that the investigation will be thorough and swift.

“Onifade Pelumi died while covering the scenes at the site of the palliative storage centre. He will be deeply missed! Further details will be released upon completion of the Investigation by Police Force.”

Nigerians are using #JusticeforPelumi to demand justice for the young journalist killed during the nationwide calls for an end to police brutality.

The International Criminal Court (ICC) has commenced an inquiry into crimes recorded during the End SARS protests.

My wife beats me, seizes my belongings, man tells court