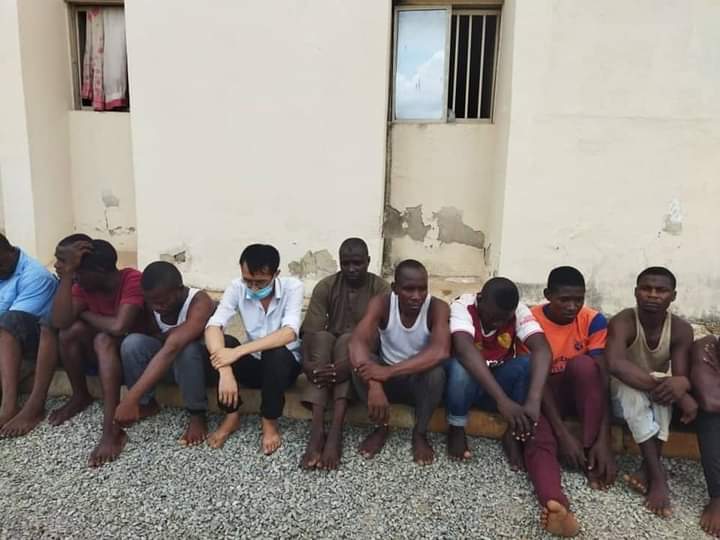 The Nasarawa State Police Command on Thursday announced that it has apprehended the special adviser to the state governor on infrastructure, Yusuf Abubakar Musa, manager of Yong Xing Steel Company, Marra Thai and 16 other high profile suspects for their alleged involvement in rail tracks vandalism.

The Cable reported that the suspects were paraded at the command headquarters in Lafia, the State capital on Thursday.

In a statement released by the Nasarawa State Commissioner for Police, Bola Longe, those arrested were said to include officers from the police force as well as the Nigerian Security and Civil Defence Corps.

“On 16/5/2021 at about 0130hrs, and 24/5/2021 at about 0300hrs, respectively, police operatives swooped on the vandals at their theatre of operation while vandalising and carting away railway tracks/slippers along Agyaragu Tofa in Lafia LGA and Angwan Alago of Kadarko district in Keana LGA.”

Other high profile personalities arrested in connection with the alleged rail tracks vandalism were listed as;

Report said the legal adviser was allegedly offered N600,000 to bribe the investigating team of the anti-kidnapping unit to secure the release of his client.’

The police further disclosed that some items and exhibits recovered from the suspects included:

According to the commissioner, an investigation into the case was still ongoing.