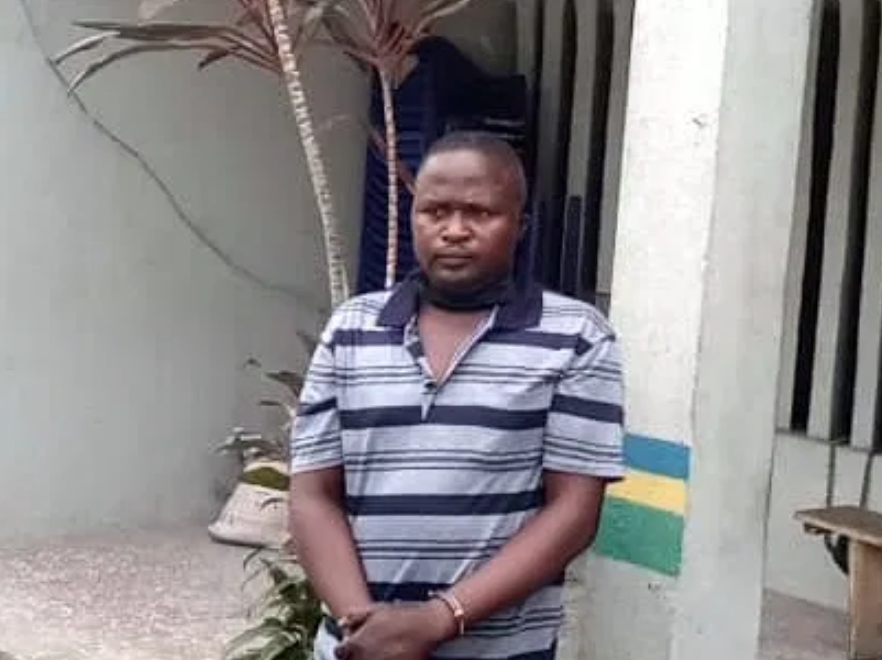 A Police Inspector, Jonathan Kampani, has been dismissed for killing a businessman, Jelili Bakare, in the Lekki area of Lagos State.

Bakare was reportedly relaxing at Quinox Lounge in Sangotedo, Ajah, on Tuesday, March 18, when the former police officer who was on duty in the area shot him dead during an argument.

WUZUPNIGERIA gathered that Kampani had on 18th March 2021 fired at and killed Bakare for demanding to know why the policeman wanted to search him.

Giving an update on the murder case on Sunday, Lagos Police Public Relations Officer, Olumuyiwa Adejobi, in a statement, said Kampani will also be prosecuted.

The statement read, “The Lagos State @PoliceNG Command has dismissed one AP No 278055 Inspector Jonathan Kampani, attached to Mounted Troop of the Nigeria Police Force, for firing and killing one Jelili Bakare at Quinox Lounge, Sangotedo Area of Lagos State, on 18th March, 2021.

“The Command has conveyed the dismissal of the erring Inspector from the Nigeria Police to the Deputy Commissioner of Police, State CID, Panti, Yaba via letter numbered AR. 3100/LS/ SPM/vol.2/321 dated 16/4/2021, for prosecution as advised by the Department of Public Prosecution of the Lagos State.

“The Commissioner of Police, Lagos State, CP Hakeem Odumosu, had ordered for the arrest and immediately orderly room trial of the inspector after the incident.

“He also led a team of senior officers in the command to pay a condolence visit to the family of the deceased at Chief Bakare’s House, Ajiranland, Eti-Osa Local Government of Lagos State, on Saturday 27th March, 2021, where he promised that justice will be done in the matter.

MORE READING!  Why I faked being a star till I made it - Peruzzi

“The Commissioner of Police, therefore, urged the general public, especially the family members of the deceased, Jelili Bakare, to be patient and have trust in the Police and the judiciary as the matter will be given the necessary attention and commitment it requires.

“The Police boss however reiterated his zero tolerance for professional misconducts and inappropriate behaviours among police personnel in the state.”