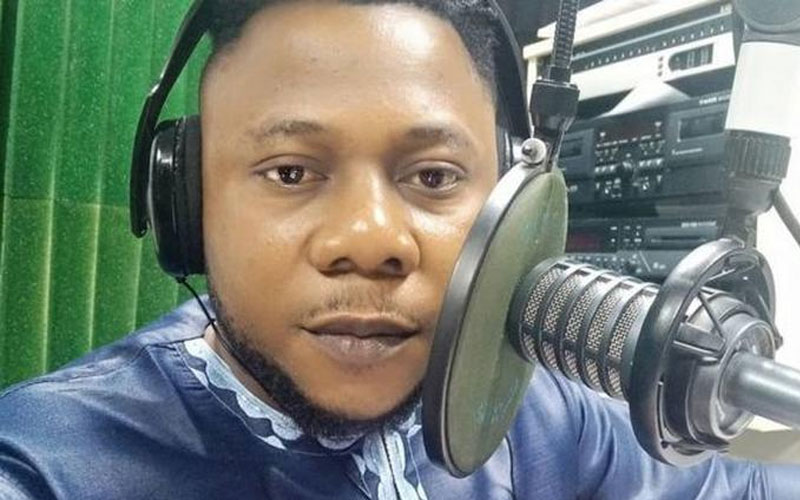 The Police Command in Oyo State, on Sunday, confirmed the killing of a popular Ibadan Radio Presenter, Mr Titus Badejo, by unknown gunmen.

The Police Public Relations Officer in the state, DSP Adewale Osifeso, confirmed the incident in a text message sent to the News Agency of Nigeria in Ibadan.

NAN gathered that Badejo, a former presenter with Naija FM Ibadan, was murdered by unknown gunmen on Saturday, outside Club 407 in the Oluyole area of Ibadan about 11:30 pm.

The PPRO said that investigations were ongoing to unravel the circumstances surrounding the incident and apprehend the assailants.

“About 0730hrs, Sunday 20th June 2021, One Damilola Afolabi ‘m’, Manager, at Club 407, Oluyole Ibadan, reported at the Oluyole Divisional Police Headquarters that on Saturday, 19th June, 2021, one Titus Badejo, Journalist and freelance disc jockey with the club, was shot outside the club’s premises by unknown assailants.

“However, comprehensive investigations are in top gear to unravel circumstances surrounding the incident and to apprehend the assailants. Verifiable updates would be provided soonest,” Osifeso said, in the text.

A source, who pleaded anonymity, told NAN that the deceased, popularly called ‘Ejanla’, had been at the club with friends since 9.00 pm.

“When he was leaving with his friends in his car around 11:30 pm, two masked men on a motorcycle suddenly stopped his car, wielding a gun, and asked all of them to lie down.

“He was the only one shot by the gunmen, who left immediately without taking anything or touching the other occupants of the car,”  the source said.

NAN gathered that his corpse had since been deposited at the morgue of Adeoyo Hospital, Ring road, Ibadan.