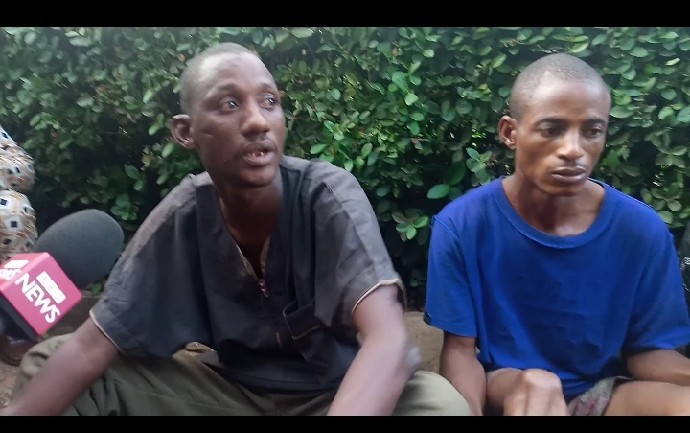 The police command in Enugu has arrested no fewer than 30 criminal suspects, including the alleged killers of two Catholic priests, the Commissioner of Police in the state, Mr Sulaiman Balarabe, has said.

Balarabe said this on Friday at the command’s headquarters, while briefing newsmen on the activities of the command in the past one month.

He said that the command also recovered 15 assorted arms and ammunition as well as other dangerous weapons from the suspects.

The police boss said that four suspects believed to be involved in the murder of Rev.-Fr. Clement Ugwu, on March 13, 2019, were apprehended in Lagos and Ogun states by operatives from Enugu command.

“They have made useful confessionary statements about their involvement in the murder of the Catholic priest.

“Also, another four suspects involved in the recent murder of Rev.-Fr. Paul Offu and the kidnap of a monarch and his wife in Awgu Local Government Area on Aug. 1 and Aug. 2, are currently in police custody.

“The four suspects were arrested in Benue and Abia states and have also confessed to the crime.

He said that the command had intensified its investigation and manhunt for the remaining four suspects mentioned to be involved in the recent criminal activities in Awgu.

Balarabe described the suspects, who were arrested in connection with the murder and kidnap cases as notorious bandits allegedly terrorising the state.

He expressed joy that the suspects were finally in police net.

He said that the command had provided more security to Catholic priests in order to forestall a recurrence.

“We have asked them to inform the police whenever they have a function or suspect that some criminals are lurking around their domain,’’ he said.

The commissioner also paraded scores of other suspects, in connection with armed robbery, burglary and cult activities.

Also in police net was an alleged local gun manufacturer in Udi Local Government Area of the state.

“I can assure the people of Enugu State that the command is working tirelessly to rid the state of criminal elements to ensure that the state remains safe and secured,” he said.

We were kidnapped by Ijaw men, not Fulani herdsmen, son of Ogun Imam alleges