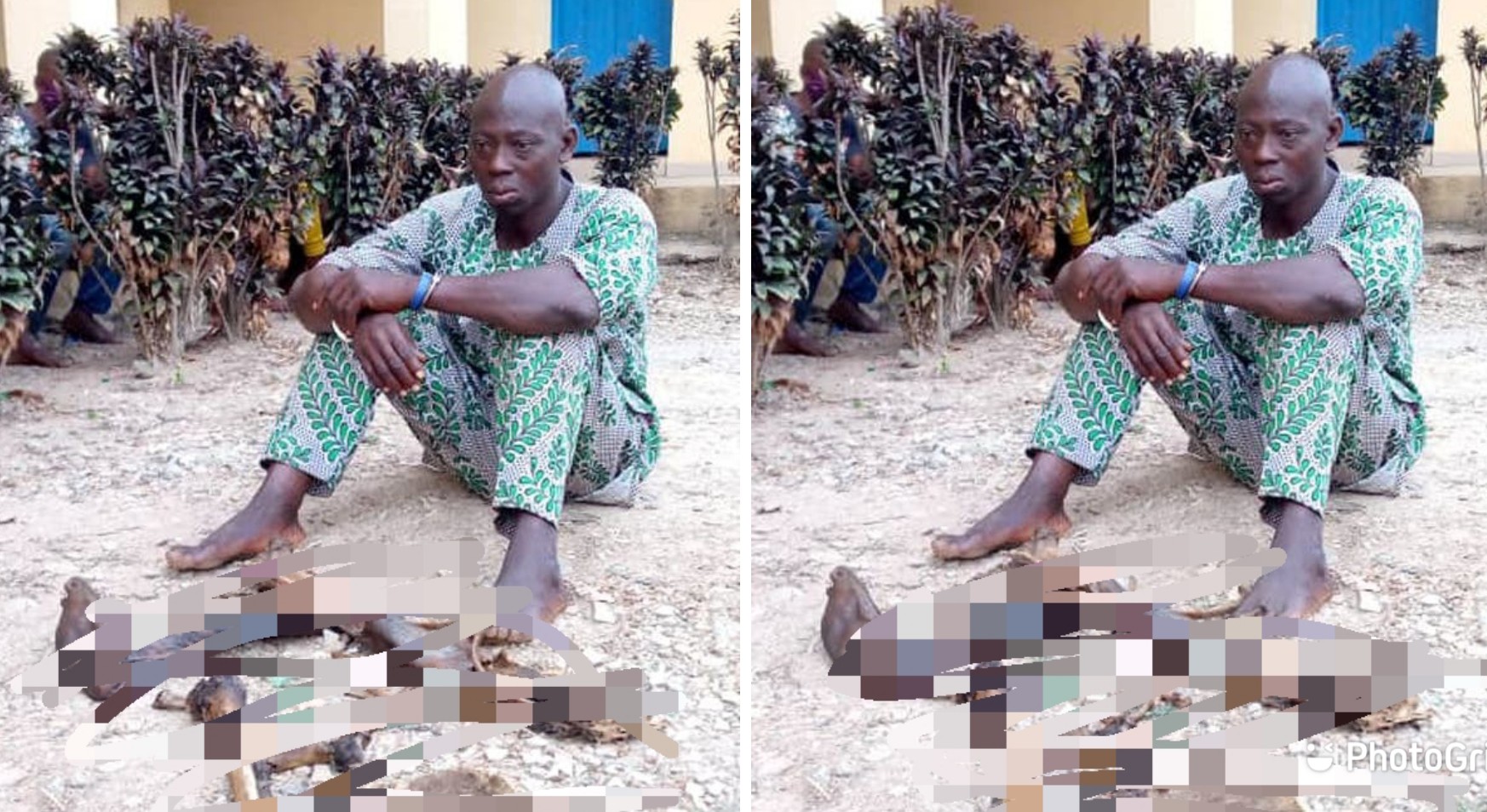 Addressing journalists at the State Police Command headquarters in Osogbo, Commissioner of Police, Olawale Olokode said the suspect identified as Adeboye Moshood, confessed to having cut off the human legs and flesh at Iworo area of Gbongan, Ayedaade local government area of the state.

According to the CP, the police received a tip-off that the man who is also a herbalist brought human part into his house around 8:30 am on Tuesday leading operatives of the force to invade his house to effect his arrest.

“He confessed to having stolen the two human legs and the flesh from a body at Iworo area of Gbongan town. He will be arraigned in court once the investigation is concluded”, he said.

Fielding questions from journalists, Moshood said he found the dead body on his way from Modakeke at Iwaro and discovered it would be useful for money ritual.

“I went to Modakeke on Monday and while I was coming, I stop by at Iwaro and saw a corpse. I was scared but I realised it will be useful for me then I cut it out for money ritual. I am a farmer and herbalist”, he said.