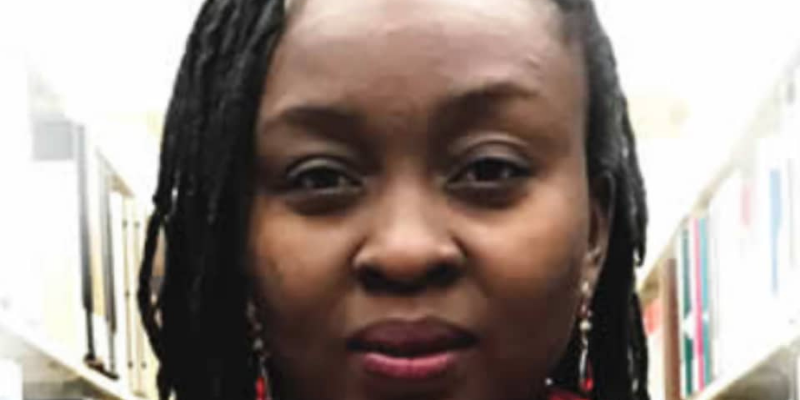 The so-called investigation by the Nigeria Police Force over the assassination of former presidential aide, Ahmed Gulak, is highly unsatisfying. Their synopsis of what transpired is riddled with so many holes and hardly sensible. The NPF’s reports are customarily frustrating to read. They are habitually riddled with typos and flawed logic. Read their statement describing an accident, and you will be amazed by how many laws of physics they break through an illogical description of events. Their rehashing of Gulak’s murderers’ “arrest” is no different, and that shoddiness does not bode well for a country going through tense times. Demonstrations of a lack of integrity in the operations of organisations like the NPF only exacerbate distrust in the government and its institutions.

There were too many strange things about the NPF’s closure that are not typically Nigerian but also very Nigerian in its extreme shadiness. From the warp speed response to the distress summons, trailing the alleged assassins, ambushing them, exhibiting the bodies of some of the young men they had killed with guns strategically positioned on their chests, closing the case, and sealing their victory with a chest-thumping account of incidents, everything proceeded too efficiently.

Bala Elkana, Imo State NPF’s spokesperson, stated that as soon as they received a distress call about Gulak’s murder, they swung into action via a “Police Special Forces” composed of Intelligence Response Team, Police Mobile Force, and Tactical Units from the state command, deployed to the scene of the assassination at Obiangwu Junction, Ngor Okpala LGA. The PSF got eyewitness accounts, “especially” from the driver of the vehicle conveying the late Gulak to the airport who “gave a vivid description of the assailants and the vehicles they used in carrying out the attack.” At this point, the police started losing me.

If I were an investigating officer and I interviewed an eyewitness to an assassination, and that person -despite having gone through a harrowing experience- could still describe the attackers, four vehicles with details that include the makes, models, years and colours of the cars, I would consider them a person-of-interest and run a background check on them promptly. Elkana even hinted that the eyewitness provided plate numbers of the vehicles. That kind of memory is too rehearsed for post-incident police questioning to be considered reliable. One would expect an assassination’s witness to be shell-shocked, not to be an efficient note-taker.

But the eyewitness’ fantastic memory is not all where the problem was with the police account.

The police added that “with further leads,” they ascertained the location of the suspects and ambushed them in Aboh Mbaise LGA where these fleeing “hoodlums” were distributing onions to locals from a trailer they commandeered. According to them, “the onions were from the Northern region of Nigeria.” First, because Elkana was not specific on the details, one could only speculate how much time passed between when the incident happened and when they confronted the supposed killers. Google maps give the distance between both locations at around 17 kilometres and maybe, a 30-minute drive. What kind of assassins were they that left a crime scene – they did not hurt any of the eyewitnesses, remember? – and rather than return to their base to lie low, twiddled to share “onions from the Northern region of Nigeria” on the street?

It was precisely at the point of “onions from the Northern Region” that I nearly lost it. Why include this detail? Did the origin of the onions aid their investigation in any way? We casually say “the North” in our regular conversations, but northern Nigeria is not monolithic. It is an extremely diverse place. So, if not a chance to plant mischief and misdirection, why sneak in the loose detail about the supposed assassins sharing onions from the same part of Nigeria their victim had originated from? What is the NPF insinuating? Even if the truck containing the onions was coming from northern Nigeria, does that make it an enterprise run by a northerner? The vehicle could have belonged to local businesspersons and who might not even be Igbo since people from different parts of Nigeria trade in the East. Why bring up this vague detail in their narration of events when it has no bearing on the issue at hand?

You see, the sentence about “onions from the North” is more telling than anything else packed into their rambling statement. On the surface, it looked innocent, but it is not harmless. They are priming the public to make associative links between the murder and the malice of destroying a produce business- deranged easterners who have not only killed a northerner but are also trying to destroy their businesses. You do not have to look hard to see that this mischief is a recrudescence of the narratives of easterners killing northerners that goes as far back as 1966. In case you were still wondering if Gulak’s death was truly meant to be an attack on the North or just another political assassination, the NPF’s sleight of the tongue about “onions from northern Nigeria” was to convince you, beyond any reasonable doubt, of an organised Igbo malice. Please, file “onions from the North” under the growing instances of official bigotry that now includes Danladi Umar’s “Biafra Boys” and Abubakar Malami’s “Spare parts trader.”

Next time another air-headed politician begins to pontificate about “hate speech” and “social media,” we will remind them that hate and violence in Nigeria have less to do with the prejudices that ordinary Nigerians exchange. Hostility in Nigeria is systematically engineered by the government, and their officials give that away all the time. Please also note that this machination of animosity is not new. In 2016, the Department of State Services announced they discovered 55 shallow graves in Umunya Forest in Abia State that had supposedly been dug by members of the Indigenous Peoples of Biafra. The DSS, acting out a macabre script, posited that it identified five of the bodies as those of Hausa-Fulani residents in Imo State. At the time, this column challenged them to come up with the names and identities of the other 50 before concluding ethnic malice, but nobody has heard back from them! Yes, that was a whole DSS, an organisation that supposedly works based on intelligence, pushing a tendentious and poorly-thought-out spiel to the public.

Unfortunately for the NPF and all of us, they could not establish any motives of the onion assassins as all bar none was gunned down. Even their cars were burned, leaving not much for even forensic analysis. They have not even given us the names and identities of those they branded as assassins and killed in that operation. We have nothing to hold on to; we can only speculate what truly happened to Gulak. Now that everyone involved in the incident is supposedly dead, the police have more or less closed the case. Gulak was a politician who had a history with his fellow politicians in Imo State during the last election. His death could have also been organised by his peers, but the police are no longer looking. They have clinked glasses to celebrate their own gallantry. At this rate, any politician who wants to assassinate their opponent only needs to send them to Imo and accompany their trip with a trailer of onions. You can bet the case will investigate itself.

When an institution like the police cannot get its story right, they also display the degree of contempt they have for the public. They assume people are too dim to see through their poorly-contrived accounts. Such sloppiness also gives away their lack of investigative capability and professional integrity. The difference between police officers who investigate crimes methodically and the ones who torture out the information they need from suspects is perhaps best reflected when they need to tell lies to cover up crimes. Even when being dishonest, police officers well-trained in the art of investigation can properly reverse-engineer the process of unfurling a crime and make the account pass the smell test. You cannot say the same of those that captured Gulak’s onions assassins.

11 ways to relieve stress on a weekend