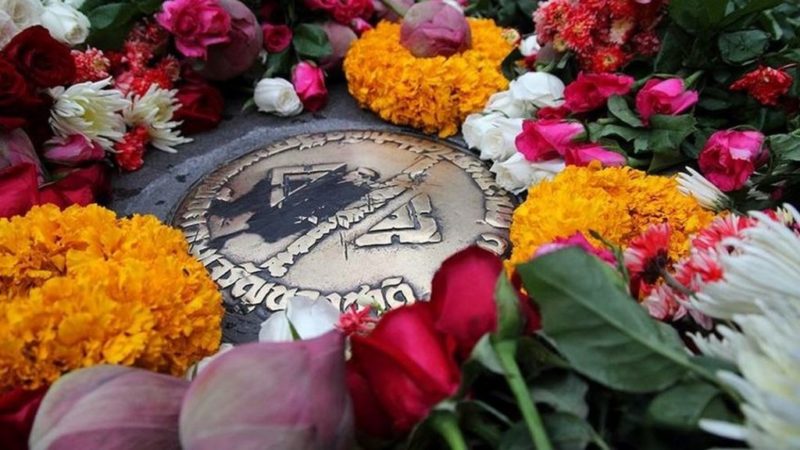 A plaque, planted by Thai pro-democracy activists as a symbol of defiance against Thailand’s monarchy, has disappeared just a day after it was cemented near the Grand Palace in Bangkok.

The brass plaque was planted in the ground on Sunday, as part of weekend demonstrations that saw protesters submit a letter to the palace calling for reforms to the monarchy, a new government and a rewrite of the constitution.

The plaque had been removed from the public field of Sanam Luang by Monday morning after the grounds were closed to the public overnight.

It was replaced with a new patch of cement.

The Police on Sunday said the activists, who had planted the plaque, risked being charged for violating public property.

It resembles an original that was planted in 1936 and symbolised Thailand’s transition from an absolute monarchy to a constitutional one.

The original was mysteriously removed in 2017, less than a year after King Maha Vajiralongkorn ascended the throne, and replaced with one containing a royalist message.

The new plaque was planted during the largest political rally in years that took aim at the monarchy, a once-taboo subject that activists had broached in recent months.

“At this spot, the people have expressed their will.

“This country belongs to the people and is not an asset of the king, as they deceive us into believing,’’ the plaque read.