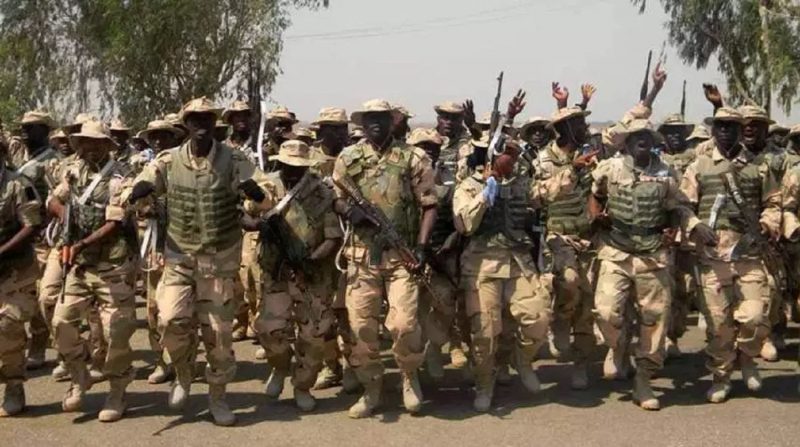 Three persons including a soldier have been reportedly killed in a clash between military operatives and suspected sea pirates in Tuomo community, Burutu Local Government Area of Delta State.

The incident occurred around 10:30pm on Monday, according to The PUNCH.

It was further gathered that trouble started when the hoodlums who stormed the area in a speedboat launched an attack on a military checkpoint in the community with the aim of dispossessing soldiers attached to the checkpoint of their ammunition.

The gallant soldiers however repelled the invading gunmen, according to sources.

In the ensuing conflict, two of the pirates were reportedly shot dead by the soldiers who also arrested one other in their frantic efforts to flee.

But one of the soldiers was said to have been fatally wounded during the attack.

Sources who confirmed the incident to journalists in Warri on Tuesday claimed that tension has already enveloped the community.

When contacted, the acting Police Public Relations Officer of Delta State Command, DSP Bright Edafe, confirmed the killing of one soldier by the invading pirates.

The PPRO further confirmed that one of the attackers was shot dead at the scene before his gangsters fled with their waiting boat.

The authorities of Operation Delta Safe comprising joint military police operatives could not be reached for comments on the incident as of the time of filing this report.

Meanwhile, residents of Tuomo and other neighbouring communities in Burutu and Bomadi Local Government Areas reportedly got some relief later in the day on Tuesday when the Nigerian military was said to have discontinued the siege on the waterways and major roads in the area where some pirates had earlier attacked a military checkpoint.

Some opinion leaders in the area as well as government officials, rights activists, and Burutu Local Government Council Chairman, Hon. Godknows Angele had earlier condemned the barbaric attack on the military and pleaded with the angry soldiers to make peace with innocent residents whom they claimed knew nothing about the sad incident.