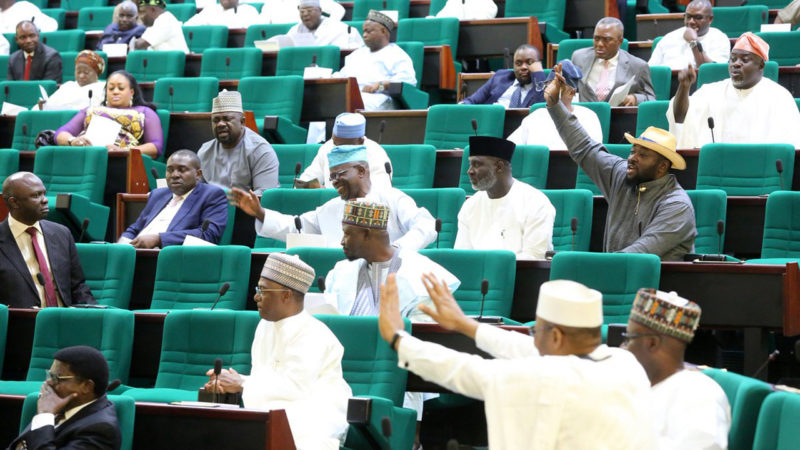 Disgruntled members of the Peoples Democratic Party (PDP) in the House of Representatives on Thursday kicked against the proposed three per cent host community fund and 30 per cent frontier basins development in the Petroleum Industry Bill (PIB).

The demonstration took place before the commencement of Thursday’s plenary.

The lawmakers who demanded the adoption of five per cent for the host community at plenary included Honourables Chinyere Igwe and Boma Goodhead.

An aggrieved Igwe, on entering into the chamber, screamed “It’s a fraud, it’s a fraud, we will never accept that.”

He was also joined by other PDP members who also kept chanting ‘It’s a fraud it’s a fraud’.

After the opening prayer, the Majority Leader, Honourable Alhassan Ado Doguwa, moved a motion for the House to revert to executive session in the bid to douse the tension.

Most of the lawmakers who were presented were seen with copies of the Electoral Act (amendment) bill to be considered before the House adjourned for a two-month recess.