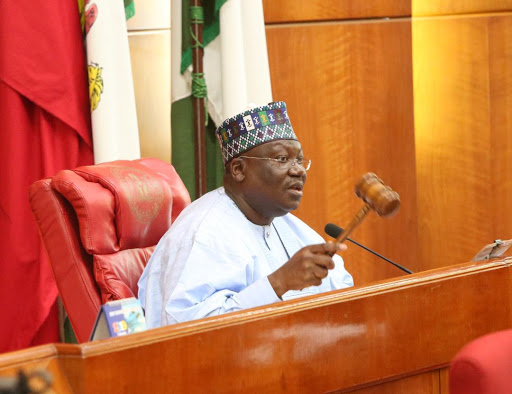 The Senate is set to hold a closed-door briefing with the Minister of State for Petroleum Resources, Timipre Sylva and the Group Managing Director of the Nigerian National Petroleum Corporation (NNPC), Mele Kyari, on Thursday.
This was revealed in a press statement signed by Ezrel TABIOWO, the Special Assistant (Press) to the President of the Senate, Ahmed Lawan June 30, 2021.

According to the statement, Lawan made the announcement moments before the Senate adjourned plenary on Wednesday, ahead of the consideration of the Petroleum Industry Bill by the upper chamber on Thursday.

Lawan revealed that the closed session which is expected to start at 10am on Thursday would avail lawmakers the opportunity to seek clarifications on technical aspects of the PIB.

“The Minister of State, Petroleum Resources, as well as the GMD NNPC would brief us on some of the details and make clarifications on the PIB.

“That closed session will start at 10:00 a.m, so that we have some time before we start our plenary.

“[And] tomorrow’s session will be dedicated to the consideration of the Petroleum Industry Bill for the whole day.

“I will urge that we avail ourselves tomorrow by 10am, so that we listen to the Minister of State, Petroleum Resources and the GMD NNPC.

“We will have an opportunity to ask questions on things that may not be too clear to us, and that the essence before we embark on the consideration of the report of the committee on the Bill”, Lawan said.