The Magboro area of the Lagos-Ibadan Expressway has been placed on a standstill after #EndSARS protesters showed up en-mass.

Protests have lingered after a week as Nigerians call for an end to police brutality across major cities in the country.

Although the Inspector-General of Police, Mohammed Adamu has dismissed the notorious Special Anti-Terror Squad (SARS) with the Special Weapons and Tactics (SWAT) team, protesters want an assurance that their demands will be duly attended to.

Protesters have no scattered across Lagos state and other parts of the country and it doesn’t look like it is stopping anytime soon.

Here are photos from the #EndSARS protests at the Lagos-Ibadan Expressway: 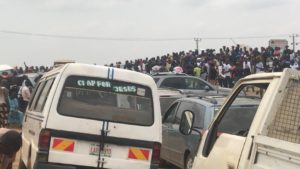 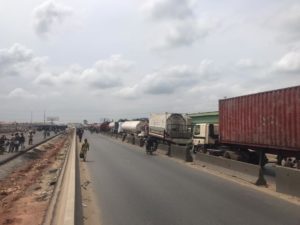 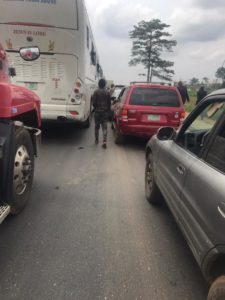 Related Topics:#EndSARS#ENDSWATLagos-Ibadan Expressway gridlock
Up Next