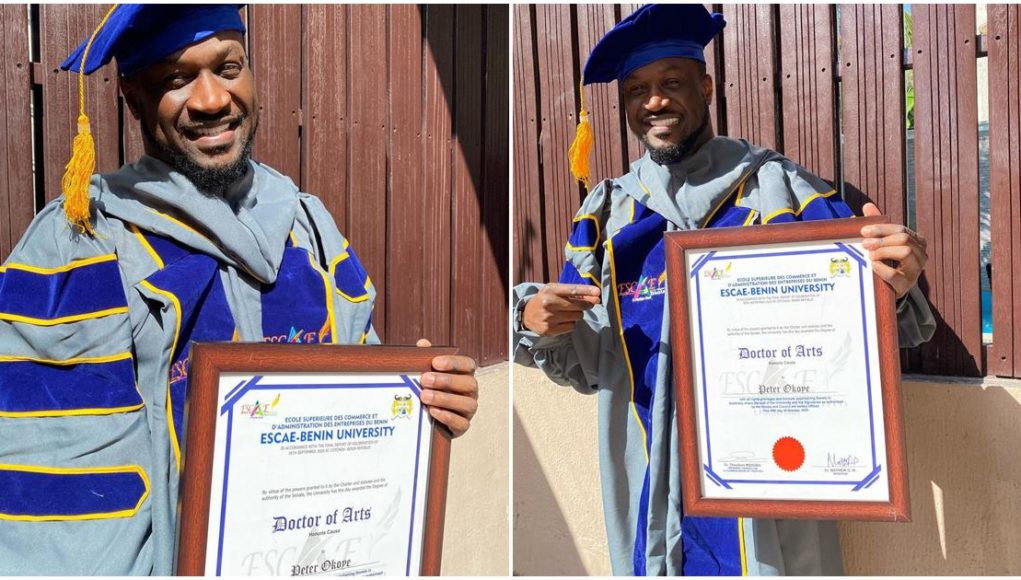 Peter Okoye, a former member of the defunct PSquare, has bagged an honorary doctorate degree of Arts from the Escae-Benin University in Benin Republic.

The father of two celebrated his new feat on his Instagram page with videos and photos as he informed his friends and followers.

Mr P, as he is fondly called, was heard in the video asking his followers to address him by his new title, “Dr”.

MORE READING!  I was attracted to Maria but I have moved on - Pere

He also expressed his gratitude to his alma mater, Escae-Benin University in Edo state.

He said; “Dear Team P! It’s a great honour to be decorated by a distinguished educational institution, which has recognized my contribution to Dance and Music as well as my support for the youth in the entertainment industry. Thank you @escaeakpakpacampus @escaeunibenin for this honor“- Dr(Hon) Peter Obumneme Okoye Aka Dr Mr P” .

Related Topics:InstagramPeter Okoye
Up Next

I built my houses, businesses through brain work, not English – Ka3na

Why I was banned from Nollywood – Rita Dominic reveals