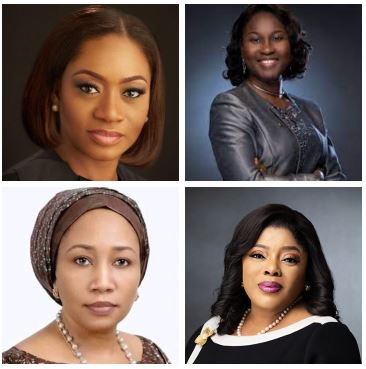 There seems to be an impressionable turnaround in terms of executives calling the shots in Nigerian banking industry in the last four decades.

Never has the nation witnessed a rise in the number of female managing directors and chief executive officers in a relatively male-dominated industry as we have in the financial sector today.

What many financial observers believe started out as a ‘one-off’ case is fast becoming the norm in the highly competitive industry.

TheNewsGuru reports that in just one week, two big industry players have joined the list of commercial banks with women in charge of their affairs.

From the newest entry to the last, WuzupNigeria showcases six amazons calling the shots in their respective financial institutions. 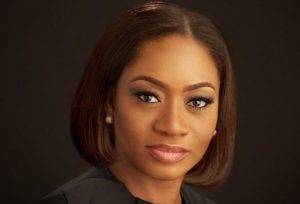 Olusanya holds a Bachelor of Pharmacy (B. Pharm) degree from the University of Ibadan, Nigeria and a Master of Business Administration (Finance and Accounting) from the University of Liverpool, United Kingdom. She has also attended several executive management and banking specific developmental programs in leading educational institutions around the world.

Miriam served as a Non-Executive Director on the Board of Guaranty Trust Bank (Gambia) Limited. She is also a member of the Financial Markets Sub-Committee of the Bankers’ Committee, the primary interactive policy platform made up of the Central Bank of Nigeria and banks.

She joined the Bank as an Executive Trainee in 1998 and rose through the ranks until her appointment as Executive Director in 2018.

Until her appointment as MD/CEO, she was the Group Treasurer and Head, Wholesale Banking Division, responsible for balance sheet and financial markets activities of the Bank and its African subsidiaries, Corporate Finance as well as Investor Relations. 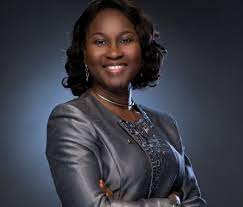 She began her career with Akintola Williams Deloitte (member firm of Deloitte Touché Tohmatsu) in 1987, with main focus in Corporate Finance activities. She was also involved in audit of Banks and Other Financial Institutions. She joined FCMB in year 2000 as Divisional Head of Internal Audit and Control before assuming the role of Chief Financial Officer of the Bank.

She is now the Managing Director of FCMB. 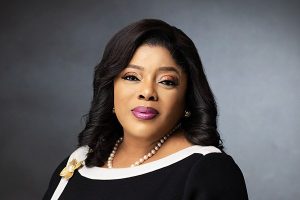 An integral part of the transformation team at Fidelity Bank in the last six years, Nneka Onyeali-Ikpe was formerly Executive Director, Lagos and South West, overseeing the bank’s business in the six states that make up the South West region of the bank. She led the transformation of the Directorate to profitability and sustained its impressive year-on-year growth, across key performance metrics, including contributing over 28% of the Bank’s PBT, Deposits and Loans.

Onyeali-Ikpe is a consummate professional of over 30 years’ experience across various banks including Standard Chartered Bank Plc, Zenith Bank Plc and Citizens International Bank Limited, where she held several management positions in Legal, Treasury, Investment Banking, Retail/Commercial Banking, Corporate Banking. She has been involved in the structuring of transactions in various sectors including oil & gas, manufacturing, aviation, real estate and exports.

Onyeali-Ikpe holds Bachelor of Laws (LLB) and Master of Laws (LLM) degrees from the University of Nigeria, Nsukka and Kings College, London, respectively. She has attended executive training programs at Harvard Business School, The Wharton School University of Pennsylvania, INSEAD School of Business, Chicago Booth School of Business, London Business School and IMD amongst others.

She is also an Honorary Senior Member (HCIB) of The Chartered Institute of Bankers of Nigeria (CIBN). 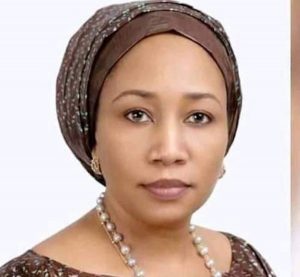 Halima holds a Bachelor of Science (B.Sc.) degree in Business Management from the University of Maiduguri and an MBA from the same University.

She is an Alumnus of the Lagos Business School Senior management programme. She is a senior Honorary Member of the Chartered Institute of Bankers and a Fellow of the Institute of Management Consultants.

For a woman with science background, Halima sits on the Board of several reputable Institutions, including those of the Nigerian Sovereign Investment Authority (NSIA) as a Non-Executive Director and Anchoria Asset Management Company Limited.

Halima is a Champion of youth and women empowerment, and consistently makes philanthropic contributions towards the girl child Education. 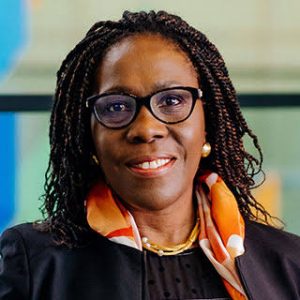 Citigroup announced the appointment of Ireti Samuel-Ogbu as its first female Country Officer for Nigeria i.e MD/CEO Citibank Nigeria in August 2020. Prior to assuming her new office, she served as managing director of payments and receivables, treasury and trade solutions for Europe, Middle East and Africa at the group’s office in London.

Samuel-Ogbu had been on the Board of Citibank Nigeria Limited since 2015 as a non-Executive Director.

In the last 32 years, Samuel-Ogbu has held various roles across Citi’s businesses in the UK, Nigeria and South Africa, having worked in each of these countries twice. Previous roles have included Relationship Management with Global Subsidiaries Group and the Public Sector Banking Team, as well as TTS Sales, Corporate Finance and leading Citi’s TTS business in two of the largest markets in Africa.

As a champion of diversity and inclusion, Samuel-Ogbu co-founded two impactful mentorship initiatives within Citi – the Sapphire Leadership Programme for the Middle East and Africa, and the Momentum Programme in the UK. She is currently the EMEA co-Chair for Citi Women’s Affinity Group and represents EMEA on the Global Affinity Steering Committee at Citi.

She obtained a BA Hons Accounting and Finance from Middlesex University, UK and has an MBA from the University of Bradford, UK. 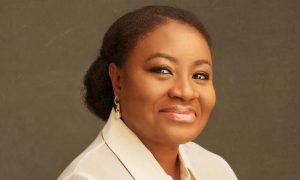 Tomi Somefun served as the Executive Director overseeing the Lagos and South-West Business Directorates, the Financial Institution Division and Treasury Department of the Bank, prior to her appointment as MD/CEO of Unity Bank in August 2015.

Tomi is a career professional with 35 years post qualification experience, over 26 of which were in the banking sector, spanning key segments including Treasury &amp; Investment Banking, Corporate Banking, Retail, and Commercial Banking Operations. Tomi had a distinguished career with the UBA group where she led 2 major subsidiaries of UBA as MD/CEO including a start-up company, UBA Pensions Custodian where she was the pioneer Managing Director.

Prior to UBA, Tomi worked with two leading consulting firms: KPMG and Arthur Andersen (now KPMG). A Fellow of the Institute of Chartered Accountants of Nigeria and Chartered Institute of Bankers of Nigeria (CIBN), she graduated with a Second Class Upper degree from the Obafemi Awolowo University (formerly University of Ife) in 1981 with a Bachelor of Education in English Language. She was recently conferred an Honorary Degree of Doctor of Business Administration (D.BA) by the Redeemer’s University Nigeria (RUN).

Tomi has extensive Executive Education in leading change and organization renewal, strategy formulation &amp; execution, business analytics and development, and financial management from various esteemed business schools. She is an alumnus of the Columbia Business School, United States of America, and INSEAD, Fontainebleau, France, and holds a Certificate of Management Excellence from Harvard Business School (HBS). She is a member of various professional bodies including the Institute of Directors (IOD), Bank Directors Association of Nigeria (BDAN) and Chartered Institute of Bankers of Nigeria (CIBN). In addition, she has served on the board of several quoted and unquoted companies, and Non-Governmental Organizations (NGOs).

Related Topics:Featuredfemale bank CEOs
Up Next