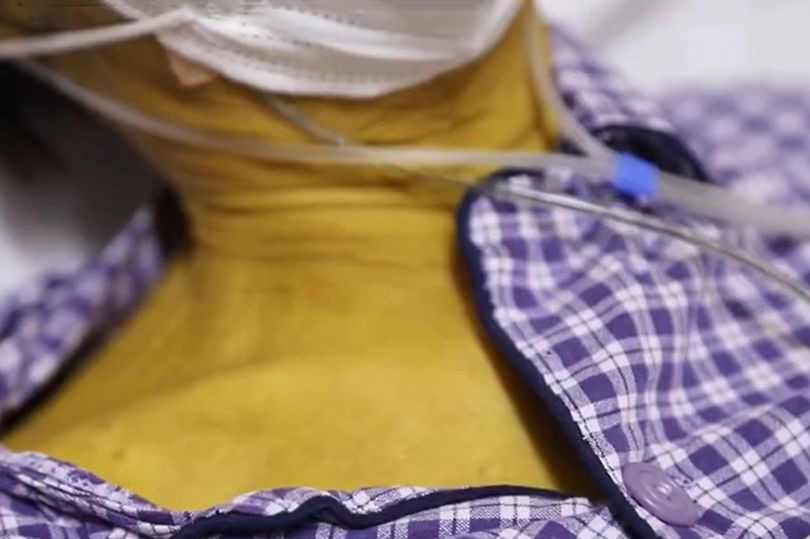 A man simply identified as Du turned bright yellow after decades of heavy drinking and smoking.

According to the doctors from central Chinese city of Huai’an, Du’s bile duct was diagnosed as malignant, and doctors have now asked him to quit the alcohol and smoking.

The 60-year-old was rushed to the hospital and doctors discovered he had a giant tumour which caused his skin to turn bright yellow.

Doctors say they discovered two tumours, one of which was located in his pancreas are blocking his bile ducts.

Disturbing Photos of Du show his neck and stomach turned a dark shade of yellow.

He was also diagnosed with jaundice.

Biliary tract obstruction is one of the main causes for jaundice, which results in a yellowish or greenish pigmentation of the skin and even of the whites of the eyes. 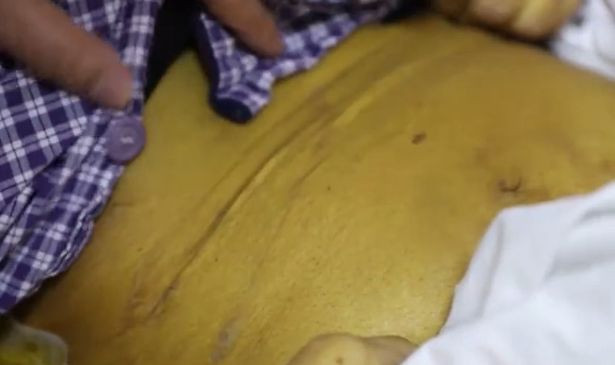