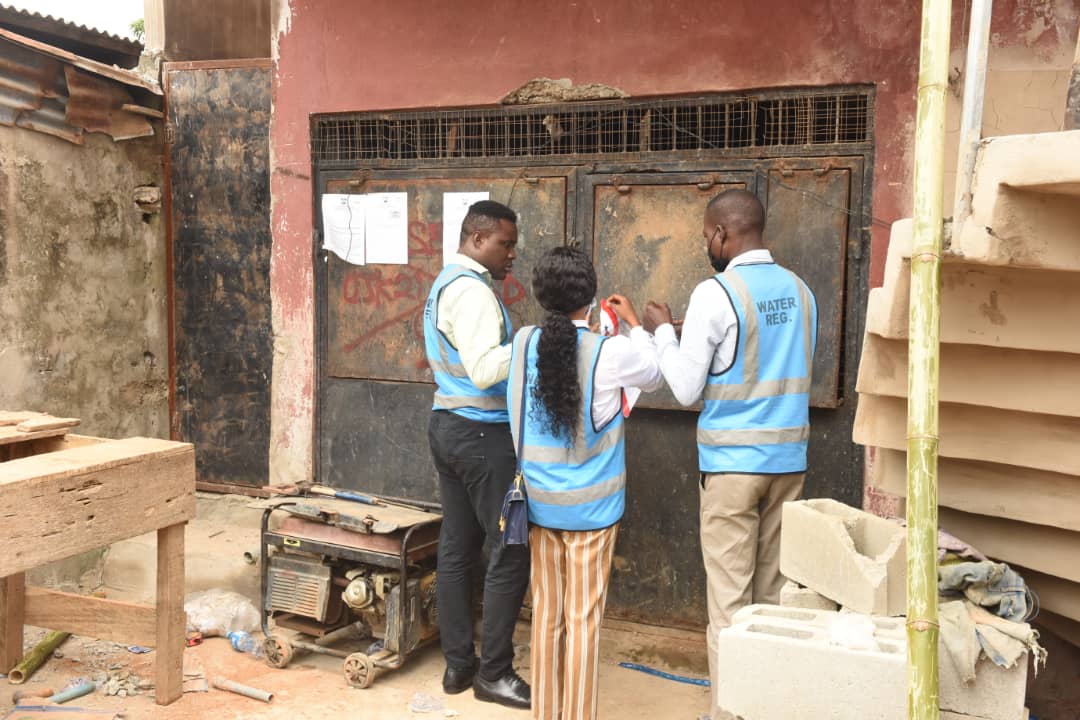 The enforcement team of the Lagos State Water Regulatory Commission (LASWARCO) has closed 30 water factories across the state for various infractions.

These infractions range from the unhygienic production environment, failure to comply with regulatory provisions as well as operating without adhering to good manufacturing practices.

This was contained in the statement of LASWARCO Executive Secretary, Mrs Funke Adepoju, on Wednesday.

Adepoju disclosed that the enforcement was in line with the mandate of the commission towards protecting residents from unhygienic water consumption, just as she said that the exercise would be sustained.

She noted that prior to the enforcement, LASWARCO had taken steps to engage and sensitize producers on best practices in the interest of residents as well as the financial viability of their investments. 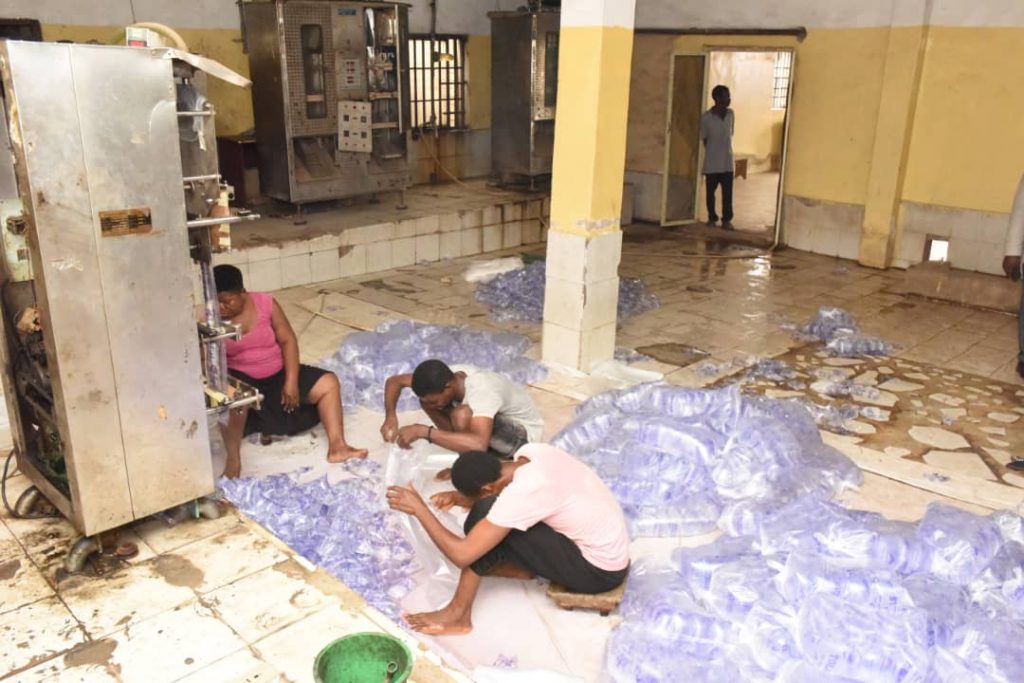 Poor environment where pure water is being produced

“In as much as we have the mandate to ensure that operators remain in business, we also cannot fold our arms and allow infractions to fester without being addressed. The primary regulatory mandate of the Commission is to ensure that operators in the water abstraction, production and distribution industry comply with best manufacturing procedures to safeguard the health of the people.”

According to her, the level of poor and unwholesome practices discovered in some water factories in the state was not only disheartening but frightening, vowing that LASWARCO would do all within its powers to ward off any attempt to put the lives of residents in jeopardy.

Giving details of the enforcement, Adepoju said: “the enforcement team of LASWARCO visited some water production factories in the state with on-site testing kits and the result confirmed that most of them are operating far below safety parameters. 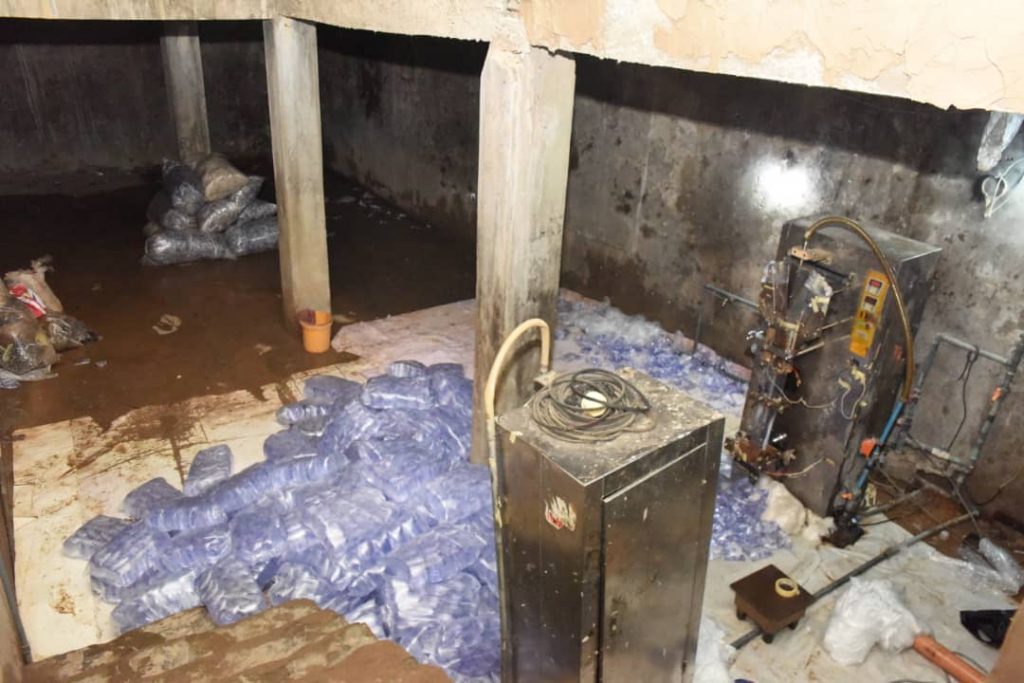 Inside one of the factories sealed by LASWARCO

“We found out that some factories that were earlier sealed were operating after the seal order was unsealed by their officials, while some were operating in very dirty environment and below regulatory standards.

“As the regulatory body empowered by Section 313 (h) of the Lagos State Environmental Management Protection Law, 2017, to regulate the activities of those engaged in the provision, consumption, treatment, packaging, sales and supply of bottled drinking water contained in bottles or polythene bags, our principal interest is to ensure acceptable standards.”

She further disclosed that the commitment of the present administration of Governor Babajide Sanwo-Olu is towards ensuring that residents have access to potable and safe drinking water in line with the THEMES Agenda and goal 6 of the Sustainable Development Goals.

Adepoju said the factories would remain sealed until their owners comply with all safety procedures and duly register for further monitoring in order to facilitate compliance with best practices.

She also appealed to residents to report any water production factory in their neighbourhood that is suspected to be involved in unwholesome practices to the Commission for appropriate action, saying it was important for the people to key into the Safe Water Campaign of the Commission and work with the government to protect them.

Related Topics:Lagoswater factories
Up Next