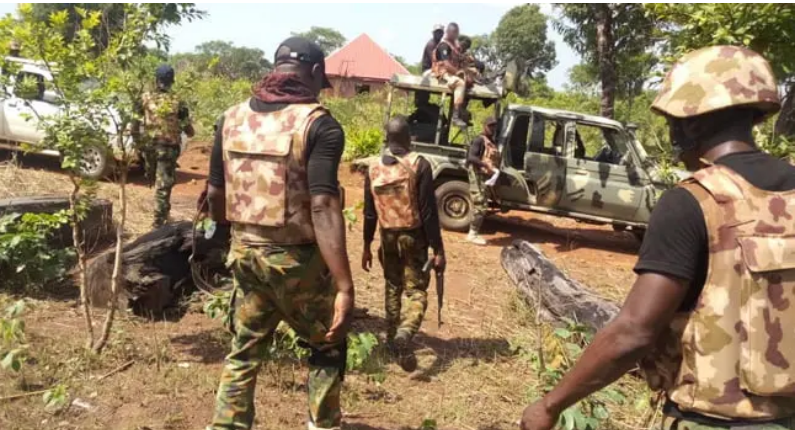 Pictures of the 11 soldiers and an officer killed by a militia in the Bonta community of Konshisha council area of Benue State has emerged.

WuzupNigeria reports that the Spokesman of the Nigerian Army, Brigadier General Mohammed Yerima, had confirmed the killing of 11 soldiers, who were on a peacekeeping mission between the Bonta community in Konshisha and the Ukpute-Ainu community in Okay LGA over a land dispute, last week.

Brigadier General Yerima said following the killings, the Chief of Army Staff, Lt. General Ibrahim Attahiru, had ordered commanders on the ground to apprehend and deal decisively with the criminal gangs in the area responsible for the killings.

“Nigerian Army (NA) troops operating in Benue State came under attack while on routine operational task. The troops comprising one officer and 10 soldiers were initially declared missing, which prompted the deployment of a joint search and rescue team comprising NA troops and personnel of Operation Whirl Stroke.

“The search and rescue team, unfortunately, found all the missing troops dead in Konshisha LGA of Benue State. “While the bodies of the slain troops were evacuated immediately, efforts are ongoing to track down the perpetrators of this heinous crime with a view to bringing them to justice”, it said.

The bodies of twelve military officers killed by a local militia in the Bonta community of Konshisha Local Government Area of Benue State have arrived at the military cemetery at Wurukum in Makurdi, the state capital, for burial.

See their photos below: 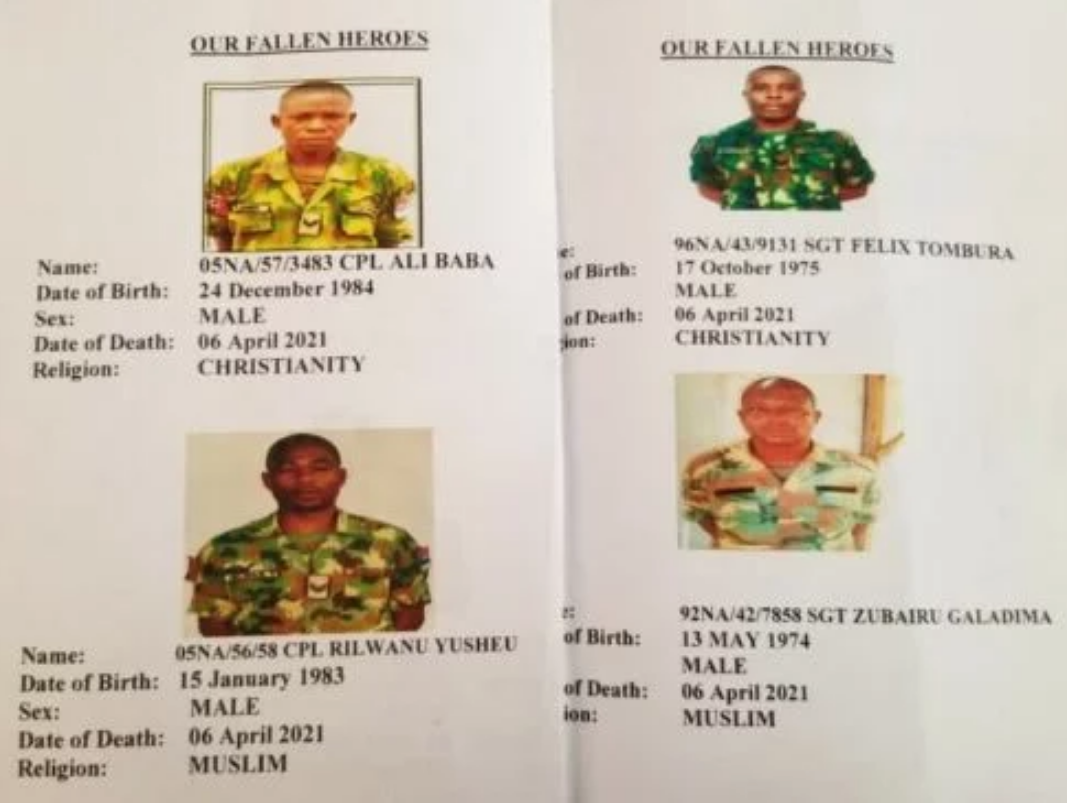 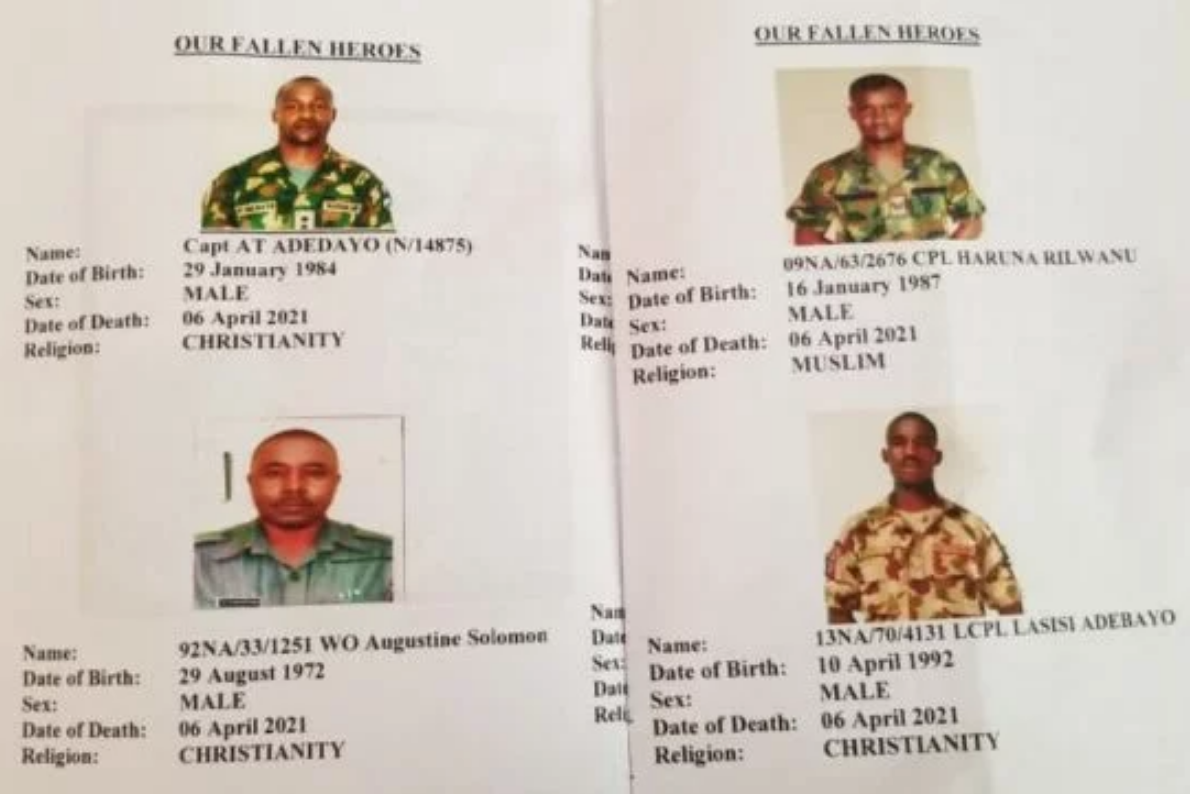 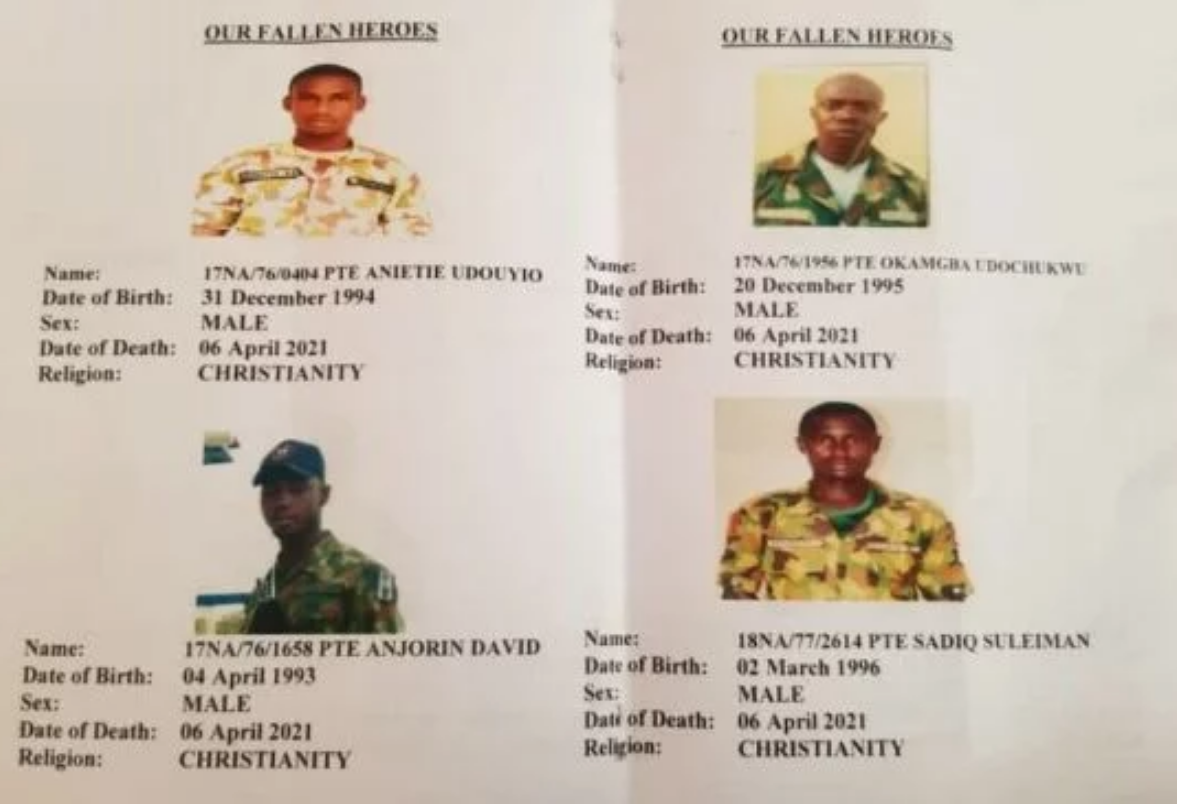