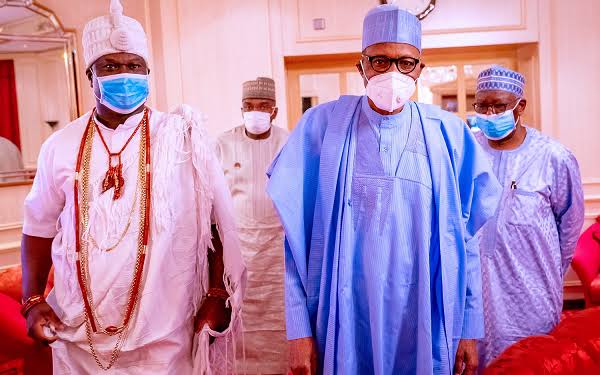 The royal father was said to have arrived at the Aso Rock Presidential Villa at about 8.30 pm for the meeting.

Although details of the meeting and their discussions were not made available by official sources in the State House, The Nation gathered that the royal visitor was on a ‘thank you’ visit to the President.

It was also believed that the meeting would have touched on several other social/security issues affecting the country.

It would also be recalled that President Buhari had on several occasions, while hosting royals in the State House, called for more support from the traditional institutions in the fight against criminality and insecurity in the country generally.

Photographs released by President Buhari’s Special Adviser on Media and Publicity, Femi Adesina on his Facebook page in the early hours of Wednesday showed images of the meeting held behind closed doors with the Aide-de-camp (ADC), Col ML Abubakar as well as the Chief of Staff to the President, Prof Ibrahim Gambari in attendance. 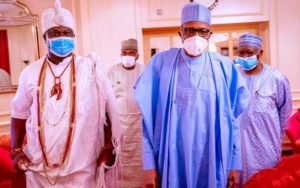 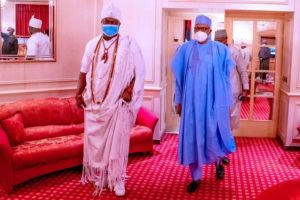 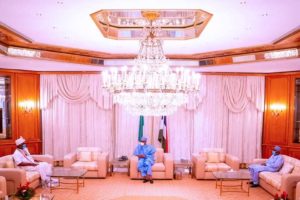 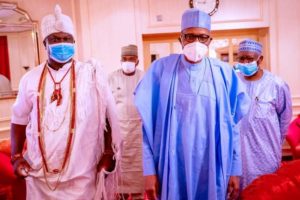 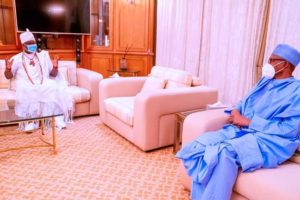 Rep. renews call for President from South East in 2023