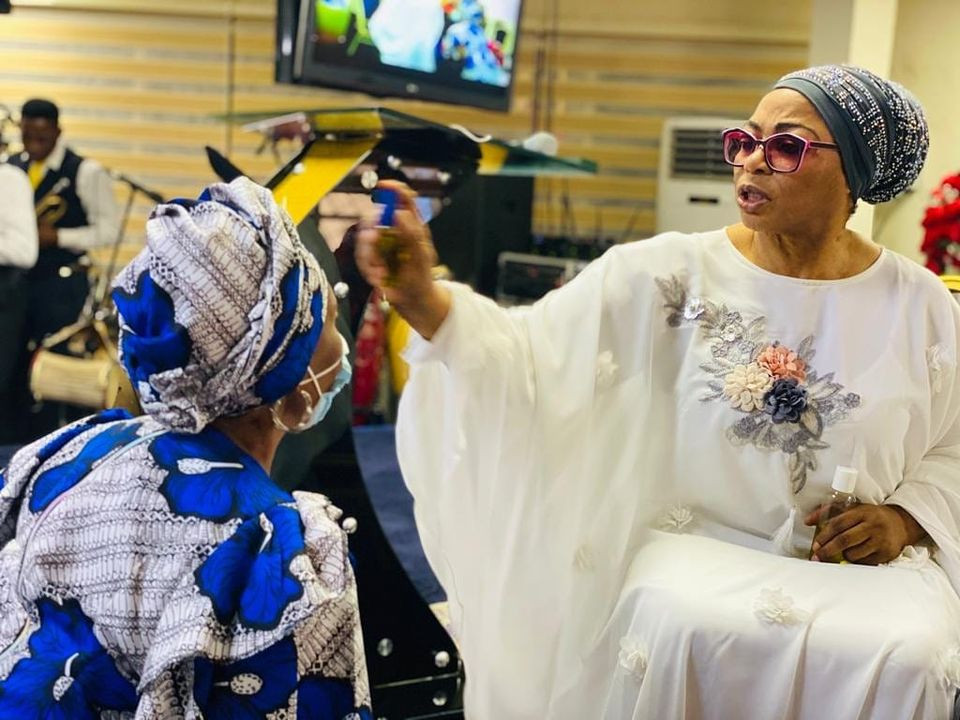 Below are pictures showing  billionaire Folorunsho Alakija applying anointing oil on the head of members of her church.

This was during an anointing service which held on Tuesday, September 15, at the Rose of Sharon Glorious Ministry International in Surulere, Lagos.

A few years ago, Alakija, who overtook Oprah Winfrey as richest black woman, revealed that she never had a university education.

In an inspiring post, the billionaire revealed that she now has several Honorary Doctorate Degrees both in Nigerian and abroad. 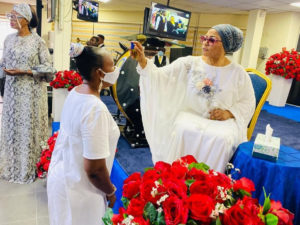 Alakija wrote, “I would like to encourage you on my encounter with the Glory of God. It happened almost 27 years ago when I gave my life to Christ at the age of 40 and my life has not been the same ever since. I pray your life too will experience a total turn around.

“I was born almost 67 years ago, into a large and illustrious polygamous Muslim family as number 8 out of 52 children through a father who had 8 wives. 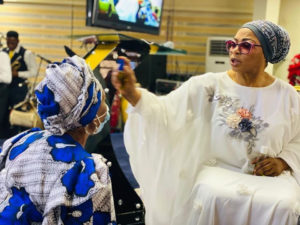 “Back then large families were common, but what was unusual was that I was one of the very first few Nigerian children who left its shores to go and study abroad at such a tender age of 7.  Even at that age, I knew I could not afford to let my family down cause I was seen as an ambassador.

“My desire was to study law but my Daddy did not believe in investing in girls at that time. Today, I have no university degree, but God’s glory lifted me up and I have received numerous Honorary Doctorate Degrees at home and abroad. 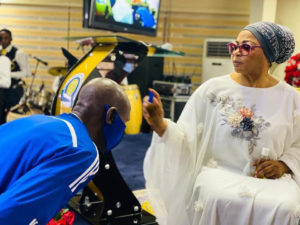 “All of what you now see today has taken almost two and a half decades, so I am not an overnight success. On the contrary. Through God’s grace, I am a blood bought totally forgiven, absolutely redeemed, heaven bound child of God.

“I have had to make sacrifices like everyone else, faced challenges but never given up. I have not compromised myself, my values or my faith. Glory to be God.” 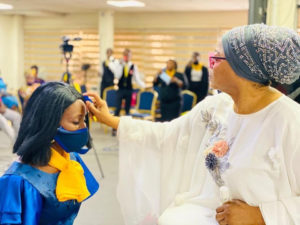 Related Topics:FeaturedFolorunsho Alakija
Up Next

Plastic Surgery is not for the rich alone – Dr. Femi Oladeji