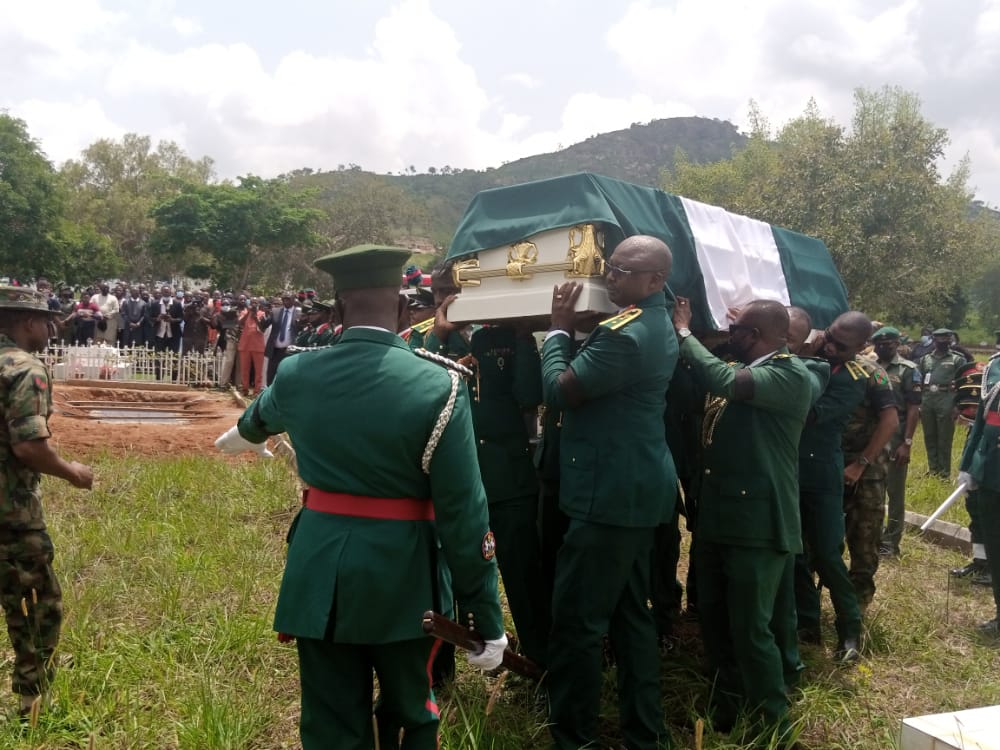 The Commander of Counter Insurgency Operations in Maiduguri, Col. Husseni Sankara, was buried amid tears on Thursday at the Guards Brigade Cemetery in Abuja.

The PUNCH reports that Sankara passed away on July 1 as a result of injuries sustained after stepping on a land mine in Dikwa, Borno State, on May 30, 2021.

A land mine is an explosive device concealed under or on the ground and designed to destroy or disable enemy targets, ranging from combatants to vehicles.

He was said to have been flown to a military facility in Maiduguri where he received first aid before he was moved to Cedar Crest Hospital in Abuja on June 4.

Reading his citation by his graveside, Col. Adegoke Lawal described the late commander as an articulated, dedicated, loyal and hardworking officer.

“He was also a calm, firm but fair officer with a good sense of responsibility. He was a forthright and intelligent officer who was committed to his duty. He had remarkable conduct which earned him several medals in the Nigerian Army.”

Sankara’s elder brother, Shehu Jafiya, said his late brother had a deep love for his country and the Nigerian Army.

He said, “He kept telling us that we should not cry, that he was going to be fine and we believed him. He also said his mission was accomplished. We thought he was referring to his assignment in Borno. He did that to console us, his last moment was emotional.

“Sankara had a very deep passion for his job as a result we christened him Soja man. Another thing was his love for the nation, he was willing to do anything for the country and he spoke about it severally. We did not know it included dying.

Jafiya added that winning the war against insurgency would make his late brother happy.

“What would give him joy is seeing us winning the war against insurgency,” he added.