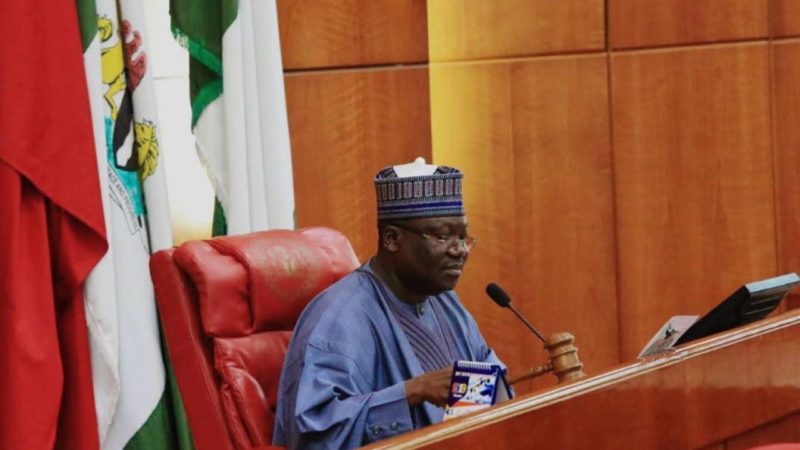 The President of the Senate, Ahmed Lawan, has announced that the Petroleum Industry Bill (PIB) debate will begin on October 20, 2020.

In a statement on Thursday via his Twitter handle, Lawan revealed that the decision was in line with the resolve to break the jinx on the passage of the Petroleum Industry Bill (PIB), forwarded by President Muhammadu Buhari to the National Assembly last week.

“If we are able to take the debate, pass the PIB for second reading and refer the document to our Joint Committees on Petroleum (Upstream and Downstream); and Gas, the committee can keep work on the PIB warm, while we are working on the budget,” the Senate President added.

“Our Joint Committee must do everything possible for us to have a document or report that we would work within the Senate and something that Nigerians and investors will be happy with”.

In line with our resolve to break the jinx on the passage of the Petroleum Industry Bill (PIB), forwarded by President Muhammadu Buhari to the National Assembly last week, we have fixed Tuesday, October 20, 2020, as the date for the commencement of debate on the Bill. pic.twitter.com/T4IehvFT5k

Recall that the PIB’s first reading was heard on September 30, 2020, on the floor of the Senate after it was transmitted to the National Assembly.

Senate Leader, Abdullahi Yahaya, presented the bill, and after it was read, Ahmad Lawan, the Senate President, directed that full copies of the bill be distributed to all the lawmakers ahead of the second reading where details of the bill will be discussed.