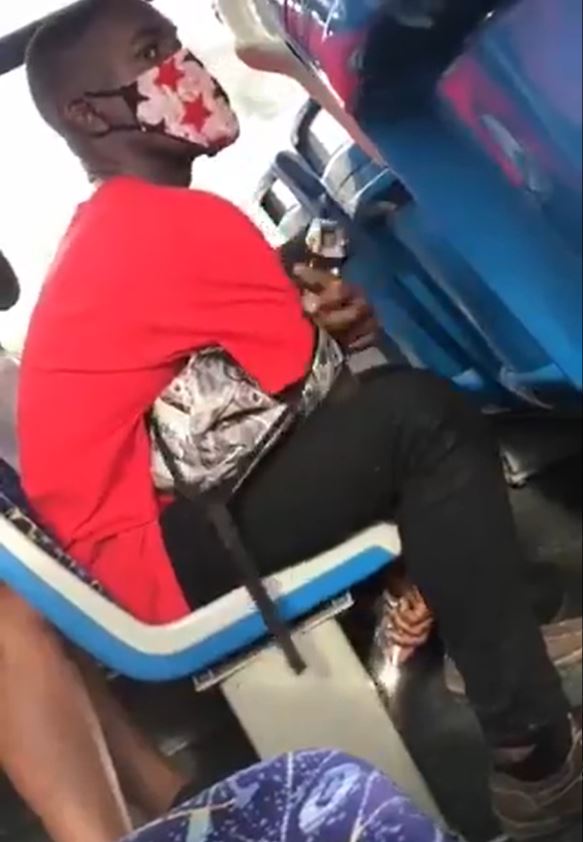 The video of a young man with an obvious perverted mind was seen carrying out a perverted act.

Ever since it was shared on social media, people have been disgusted with the young man’s dirty deed.

In the video that was taken inside a moving BRT bus, the young man is seen placing his phone beneath his chair and focusing it at an angle that could possibly allow him see the inner thighs of lady who was seating behind him.

The recording light from his phone was clearly visible and he’s seen looking around to see if anyone could see him doing his dirty deed.

Little did he know that he was being recorded which has now made him face public humiliation on social media.
A lot of Nigerians have reacted to the video with many asking why the person who recorded the video didn’t confront the young man.
See Tweet below;

Simi cries out over women’s suffering