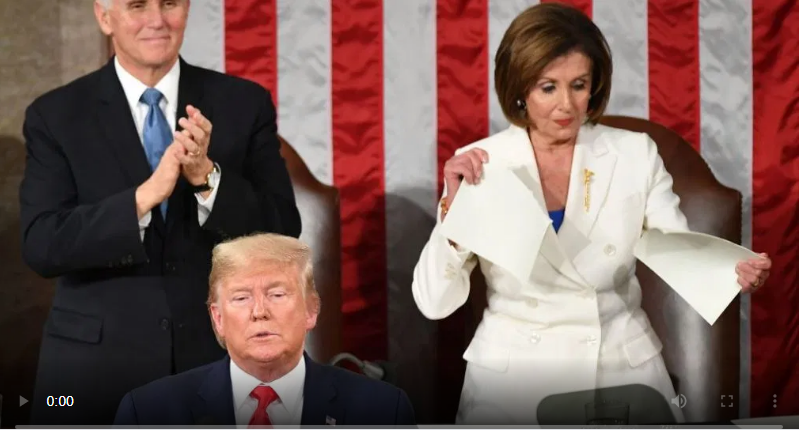 Speaking to reporters on Thursday, Pelosi who led the Congress to reconvene after the disruption raised fears over the country’s state of affairs under Trump’s control before the January 20 hand-over.

“In the next 13 days, this dangerous man can do further assault on our democracy.

“We are in a very dangerous place as long as Donald Trump remains in office,” the 80-year-old added, noting that Trump must be held accountable for the Capitol riot in Washington on Wednesday.

“The President has committed an unspeakable assault on our nation and our people. I join the Senate Democrat leader and call on the Vice-President to remove this President by invoking the 25th Amendment. If the Vice-President and cabinet do not act, the Congress may be compelled to move forward with impeachment,” the speaker stated.

Pelosi and Trump have not been best of friends and according to a report by AP in April 2020, both of them did not speak for five months, at a time when the nation was battling its worst health crisis in a century.

At the time of this report, more than 373,000 Americans have been killed by the deadly virus which has infected over 22 million Americans, the worst in any country in the world.

Biden: Poet Amanda Gorman to run for US president in 2036