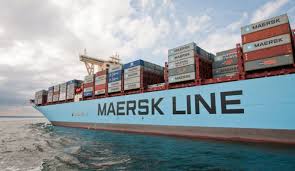 Mrs. Rakiya Zubairu, Head of Public Relations, NSC made this known in a statement in Lagos.

According to her, this is in response to protests by the council, which recently convened a meeting of the Organized Private Sector.

The meeting was to deliberate on the astronomical peak season surcharge I, imposed by shipping lines calling in Nigeria.

Zunairu said that the union called it a violation of the previous UASC/European Community Shipowners Association (ECSA) agreement.

She said that the agreement required prior, mutual, and reasonable notification of UASC and Port Management Association of West and Central Africa by individual shipping companies before any such imposition of new tariff, surcharge, or increase in transport cost.

“A letter signed by Lara Lana, Managing Director of MAERSK Nigeria and addressed to the Executive Secretary, NSC stated that ‘our principals in our Head Office have informed us of your letter with subject reference increase in peak season surcharge’.

“I will like to thank you for the supporting document you shared shedding light on the meeting between the ECSA and UASC,” she said.

Recall that the NSC had, on Aug. 19, described as ‘unreasonable and unacceptable’ the indiscriminate high surcharges by multinational shipping firms on Nigerian-bound cargoes.

The Executive Secretary of NSC, Mr. Hassan Bello, said this during a meeting with stakeholders to discuss the current increase in peak season surcharges on the Nigerian trade route.

Those who attended the meeting include the Manufacturers Association of Nigeria (MAN), Lagos Chamber of Commerce and Industry (LCCI), Nigerian Association of Chambers of Commerce, Industry, Mines and Agriculture (NACCIMA), and the Nigerian shipping community.

The 2020 peak period charges, put at between $1000 and $1,500 per twenty-foot equivalent unit(TEU) by shipping firms, was said to be over 400 percent increment from the previous $200 freight charge per TEU during peak period.

Bello had expressed worry that the surcharge was introduced at a wrong time, and would lead to a spiral inflation rate on the economy as cargoes would be abandoned at the ports.

He had noted that except the situation was urgently addressed, it might lead to job losses while many companies might go under.

Related Topics:NSCPeak season
Up Next